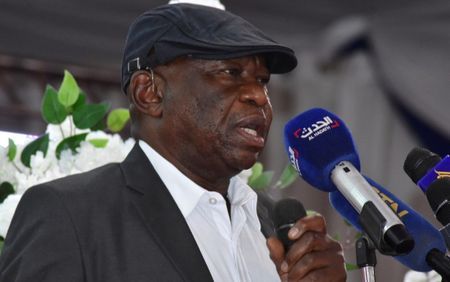 JUBA (Reuters) – Sudanese authorities adjourned talks on Tuesday with the most powerful rebel leader from the country’s south, saying they had agreed on more than three-quarters of a framework peace deal.

A deal with Abdelaziz al-Hilu’s Sudan People’s Liberation Movement-North (SPLM-N) would be a big step in efforts to resolve decades of internal conflict in Sudan following the overthrow of former leader Omar al-Bashir in 2019.

Some rebels from the south and from the troubled western region of Darfur signed what was meant to be a comprehensive peace agreement last year.

But al-Hilu, who has control over significant forces and territory from his stronghold in South Kordofan, held out, as did the leader of the most active Darfur group, Abdel Wahed el-Nur.

Earlier this year, the SPLM-N and Sudan signed a declaration of principles to guarantee freedom of worship and separate religion from the state — a key demand for al-Hilu.

That paved the way for peace talks that have been held over recent weeks in the capital of neighbouring South Sudan, Juba.

Sudan’s ruling council, formed under a military-civilian power-sharing deal after Bashir’s ouster, cited the lead negotiator at the talks as saying all but four out of 19 points had been resolved. A senior SPLM-N official said more than three-quarters of a framework deal had been agreed.

SPLM-N spokesperson Mohammad Kuku declined to give details on the points of disagreement, saying consultations would continue ahead of the next round of talks.

SPLM-N operates in an area inhabited mainly by minority Christians and followers of indigenous beliefs, who had long complained of discrimination at the hands of Khartoum and Bashir’s Islamist regime.

Bashir had ruled Sudan for 30 years until he was removed by the military following mass demonstrations against his government.

A heady tale of triads, crime and consequence in KL’s Chinatown