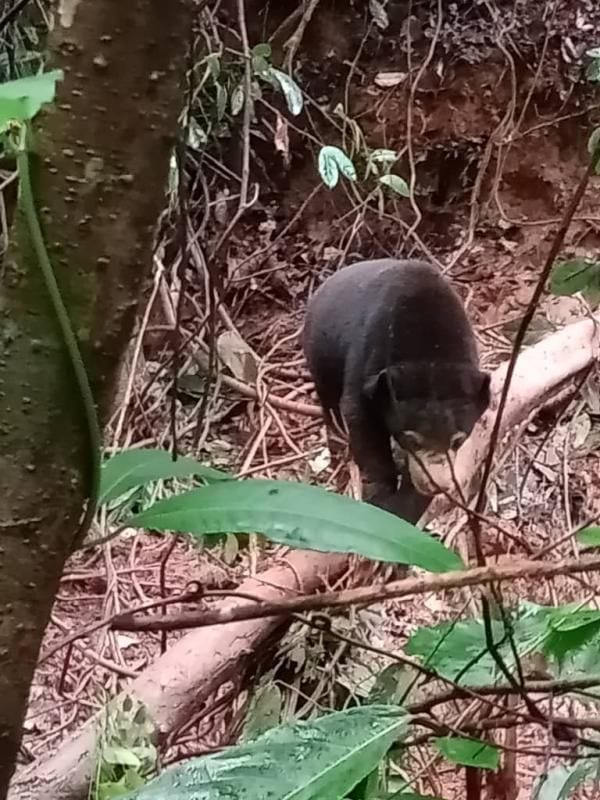 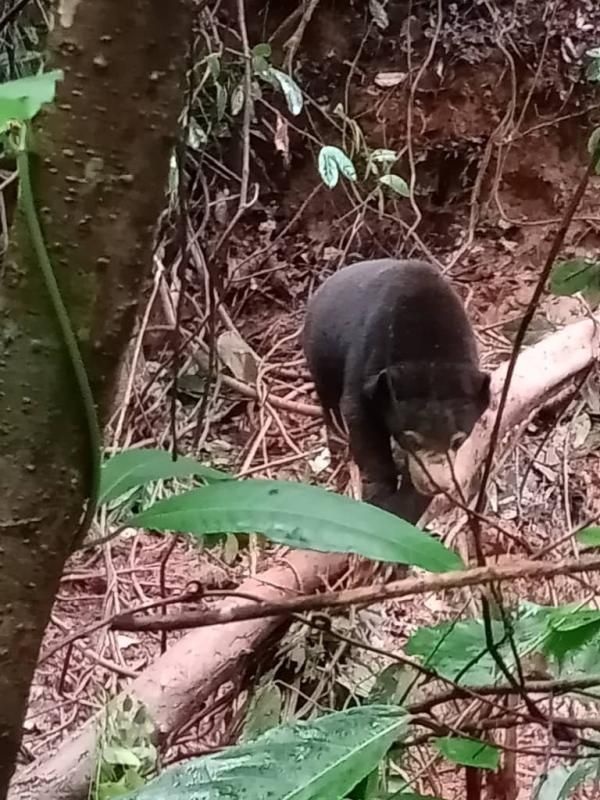 ALOR SETAR: A sun bear cub found in a homemade snare in an oil palm plantation in Padang Terap, some 50km from here, has been released back into the wild.

Kedah Wildlife and National Parks Department (Perhilitan) director Jamalun Nasir Ibrahim said the bear was rescued from the trap on Saturday evening (July 10) and released into its natural habitat at around 9am on Sunday (July 11).

“The rescued sun bear is a cub aged about three to four years,” he told the media after the bear’s release.

“It did not sustain any injuries and was not trapped for too long. The bear can survive on its own now, and is not dependent on its mother,” he said.

This was the first incident reported in the state of a trapped bear rescued by the department, he added.

Jamalun Nasir warned the public not to set traps to catch wildlife, saying offenders will face heavy fines and imprisonment if caught and convicted.

“The sun bear is a totally protected species under the Wildlife Conservation Enactment 1997,” he added.

“It is a very serious offence to keep a sun bear without a permit. The fine for this offence in Peninsular Malaysia is RM500,000 or five years’ jail, or both, under the Wildlife Conservation Act 2010,” he said.

At about 11am on Saturday, Affendi Musa, 50, from Kampung Masjid, was on his way to tap rubber at Ladang Sungai Tekai near the Tradewinds oil palm plantation when he saw some plantation workers and local villagers gathered near a bush.

Out of curiosity, he moved closer and found that they were looking at a small bear with its leg caught in a homemade snare.

“The bear was roaring and struggling to get free,” said Affendi.

He contacted Perhilitan, which sent a team over to free the bear in an operation that went on till late evening.

The sun bear (Helarctos malayanus), which lives an average of 25 years in the wild and grows to about 1.8m with a weight range of 27kg to 68kg, is native to the tropical rainforests of South-East Asia.

Poaching, the illegal pet trade and deforestation are the major threats pushing sun bears towards extinction.

Exclusive: WHO estimates COVID-19 boosters needed yearly for most vulnerable

Iran says progress made in nuclear talks but issues remain