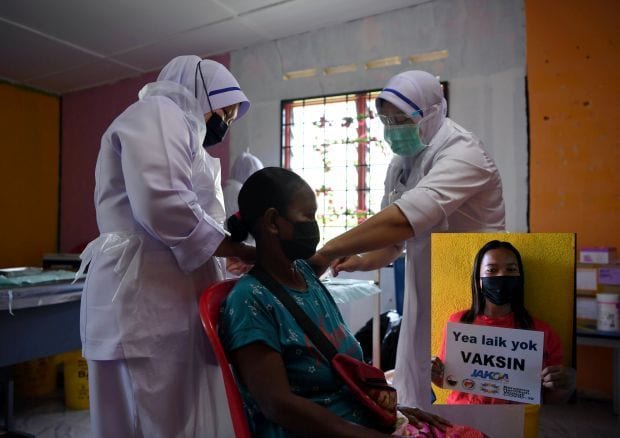 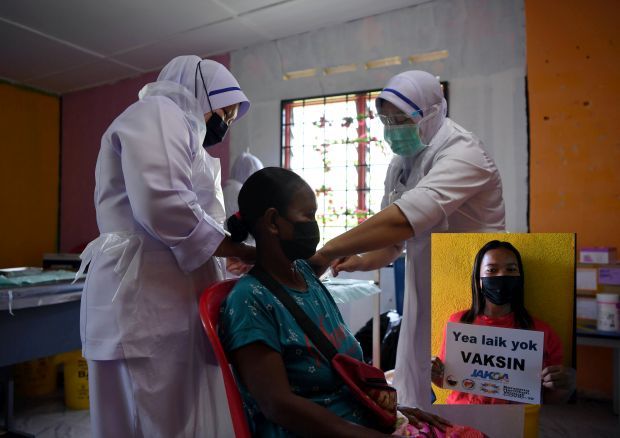 MARAN (Bernama): The presence of two Orang Asli vaccine recipients with classic names, Saloma Aji and Puspawangi Samad, at the Covid-19 vaccination centre in Sungai Jempul here on Friday (July 2) captured the attention of frontliners there.

Puspawangi, 19, who looked cheerful throughout the vaccination process, said although some may consider her name “old fashioned”, she carries it proudly.

“I like the name given to me and I find it quite unique, so far I have never met an individual that has the same name as mine, ” she told Bernama.

Fondly called Wangi, the second of five siblings said her parents probably chose the name because both of them loved to watch classic Malay film Musang Berjanggut, directed by and starring the legendary late Tan Sri P Ramlee.

Also starring in the film is the late Saadiah who plays the role of Puspawangi.

Sharing her vaccination experience, Puspawangi, who was accompanied by her cousin Malina Aweng, 21, said she was very relieved after receiving the first dose of the vaccine as she believed that it would protect her and the people around her.

“I’m not afraid at all and was really looking forward to getting this vaccine. The vaccination process was also quite smooth and fast, ” said Puspawangi, who is from the Semaq Beri tribe.

The atmosphere at the PPV was also enlivened with the presence of Saloma, 52, who was teased to sing, but the mother of eight only responded with a smile.

Her namesake, the late Saloma, who was also P Ramlee’s wife, is a legendary Malaysian songstress and actress.

“The name is quite popular and wherever I go I will always get people’s attention. People often tease me to sing, ” she said.

Saloma also expressed her gratitude to the health staff at the vaccination centre for helping her throughout the process of getting the Covid-19 vaccine.

He said through the programme, about 100 villagers would receive their first dose of the Sinovac vaccine, with the second dose was expected to be administered on July 23.

“So far, we have received a positive response from the villagers here and we will try to vaccinate as many people as possible, including in eight Orang Asli villages in the district, ” said Ismail, who is also Deputy Housing and Local Government Deputy Minister. – Bernama

How to Change Fonts in Your WordPress Theme (5 Easy Ways)