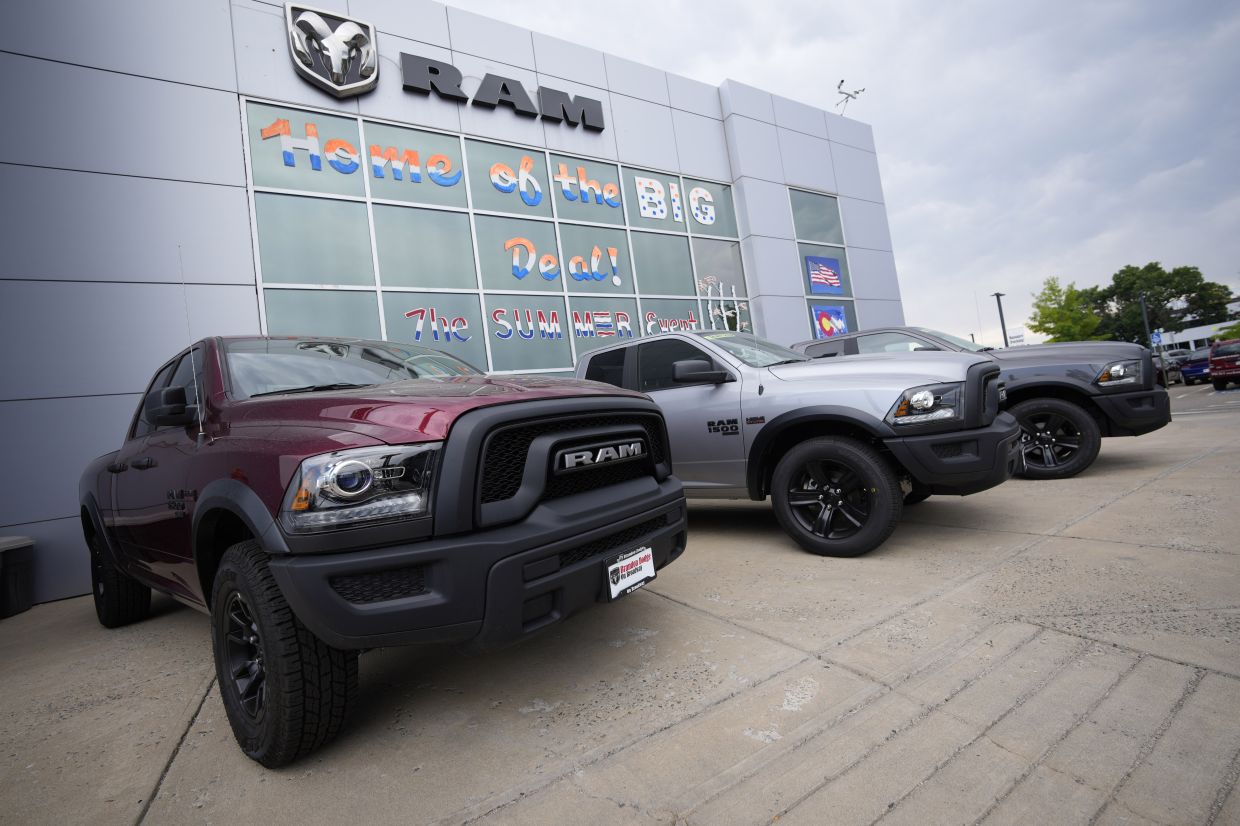 DETROIT: Automobile quality rose last year, but glitches in pairing smartphones with infotainment systems frustrated owners more than anything, according to a large US survey of auto owners.

For the first time, a brand from Fiat Chrysler, now Stellantis, ranked No 1 for having the fewest problems. Ram trucks finished first, followed by another company brand, Dodge, according to the annual survey by J.D. Power. Lexus, Mitsubishi, Nissan, Kia, Genesis, Hyundai, Jeep and Chevrolet rounded out the top 10 brands.

Smartphone connections, mainly linking Android Auto and Apple CarPlay to automobiles, was this year’s top problem. It beat voice recognition as the survey’s No 1 gremlin for the first time since 2011.

Automakers have been trying to link phones to cars for more than a decade, yet the problem persists, said Dave Sargent, J.D. Power’s vice-president of automotive quality. Now it’s the connection to make the Apple and Android systems show up on the vehicle screens, he said.

“People see that their phone works fine by itself, but when they come to connect it to the vehicle, go through the WiFi system, that’s where the problems exist,” Sargent said.

Consumers quickly blame their vehicle, but tech companies are part of the problem and should share some of the burden in solving it, he said. About one-third of vehicles on the market in the US have the ability to link to Apple CarPlay and Android Auto, and the problem is pervasive with all manufacturers, Sargent said.

Auto and tech companies point the finger at each other, and the consumer is caught in the middle, Sargent said.

Operator error isn’t the problem because all the owners are doing is trying to connect, not use any of the features, he said. “I’m sure the industry will get it figured out, and in a couple years’ time, it will work better,” Sargent said.

Mass market brands such as Ram continued to outperform luxury brands in the annual survey, largely because they don’t have as much glitch-prone technology as the pricier vehicles, Sargent said.

Only pickup trucks were included in the Ram score, he said, because the brand’s other vehicles are commercial vans that largely aren’t sold to consumers. Owners reported 128 problems per 100 Ram trucks during the first 90 days of ownership, the survey found. Dodge owners reported 139 problems. The average among all 33 brands counted in the survey was 162.

Another Stellantis brand, Chrysler, ranked last, with 251 problems per 100 vehicles. It was followed by Audi, Volkswagen, Volvo, Alfa Romeo, Land Rover, Acura, Mercedes-Benz, Subaru and Mazda in the bottom 10.

For most of the survey’s 35 years, the former Fiat Chrysler brands performed poorly in the annual survey, which in the past had been dominated by Japanese brands. But some of the Stellantis brands have improved steadily during the past decade, Sargent said.

Last year Dodge tied for first, and Ram was tied for third.

Sargent said the company has worked hard to increase quality, putting controls in its factories so new models come out with few major problems. The Dodge brand also benefitted from having older vehicles in its lineup, giving the company time to go back and fix problems, he said.

The Chrysler brand, though, had trouble with the quality of its Pacifica minivan, bringing down its score.

Nissan’s Maxima full-size car got the highest score of any individual model, with just 85 problems reported per 100 vehicles.

The Initial Quality Study found that new vehicle quality improved 2% over 2020 levels, but the rate of increase is slowing. It had been 3% over the past decade.

For the second year, the survey included a score for Tesla, the world’s top electric car maker. The company had 231 problems per 100 vehicles, an improvement from last year but still poor. J.D. Power said the brand can’t be ranked against others in the survey because unlike other manufacturers, Tesla doesn’t allow J.D. Power to survey owners in 15 states where an automaker’s permission is required. The score was based on surveys from owners in 35 states.

The survey, taken from February through July, was based on 110,827 responses from people who bought or leased new 2021 vehicles, J.D. Power said. – AP