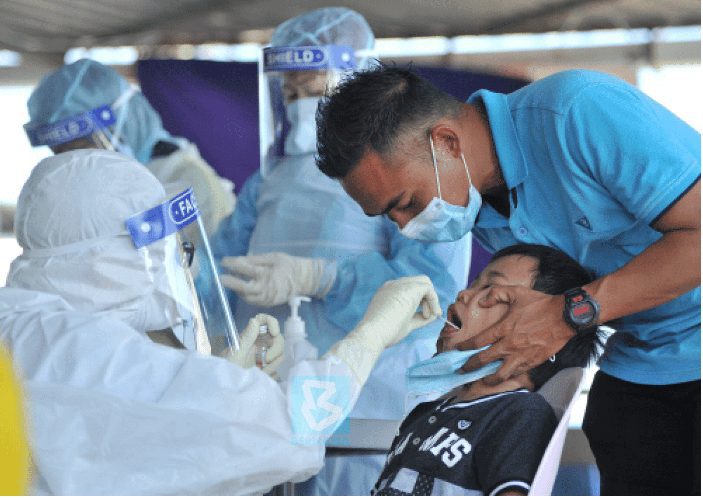 LABUAN: The Labuan Health Department has set up a swab test counter at the Labuan Ro-Ro Ferry Terminal to control the spread of Covid-19 in the island.

Its director Dr Ismuni Bohari said the establishment of the counter was needed in view of the increasing number of passengers and motorists plying through the ferry terminal from mainland Sabah daily.

“It is necessary to carry out swab test at the ferry terminal here on 100 travellers entering Labuan through this terminal from the mainland. This counter will also serve as a check on oil and gas workers,” he said at a press conference at the terminal here yesterday.

The swab test operation at the ferry terminal saw a family with three children who were in Keningau, Sabah for a month, being escorted to Pusat Giat Mara quarantine centre to undergo isolation upon their return to Labuan.

“The family was in a Covid-19 red zone for a month and as such, we want them to undergo quarantine while waiting for the results,” he said.

Dr Ismuni said Labuan was still declared a Covid-19 yellow zone until all the three remaining cases had fully recovered and no new cases recorded for 14 days. — Bernama

Guy Reffitt: Capitol rioter turned in by son gets 87 months in prison

Ringgit weaker as US$ rises on jobs knowledge