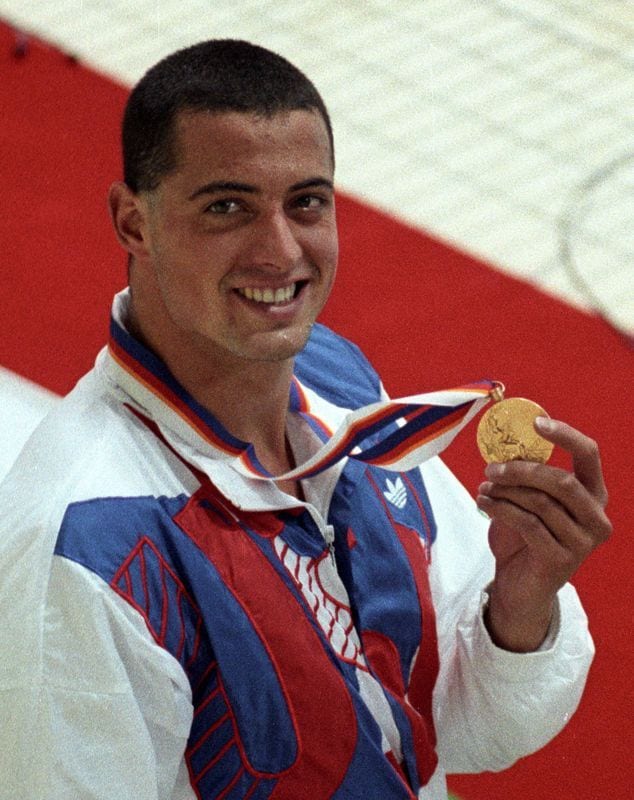 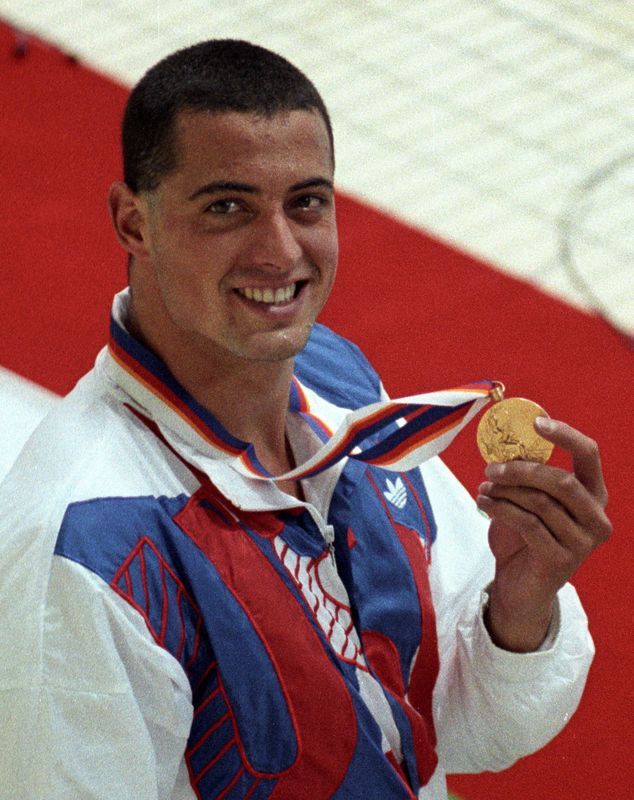 LONDON (Reuters) – Matt Biondi won 11 Olympic medals, including eight golds, but the American can see a day where the Games are no longer the main event for elite swimmers.

The 55-year-old American says it all depends on the business model and how much world governing body FINA and Olympics organisers are prepared to embrace change and bring swimming into a professional era.

Biondi cited the examples of tennis, golf and soccer as Olympic sports that have their own showcase events of far greater importance for athletes.

“They see the Olympics as entertainment, as kind of an amusement park, something fun to go to but it’s not their career,” California-based Biondi, who won his golds at the 1984, 1988 and 1992 Games, told Reuters in a video interview.

“If the Olympics does not embrace professional swimming it will take time but at some point the swimmers will butter their bread elsewhere and the Olympics will be just another meet on their schedule.

Biondi has over the last two years recruited 120 world class swimmers from 31 different countries to an International Swimmers’ Alliance that was announced last month and that he chairs.

The aims of the Alliance include pressing for financial rewards for competing at the Olympics, where swimming is the major sport for the first week of competition, and for success.

Many of those involved compete in the professional International Swimming League (ISL), which Biondi is also close to and which aims to make swimming a year-round sport for television.

“We’ve heard estimates of how anywhere between 10-15% of the Olympic fans put swimming number one. So prior to the pandemic you’ve got an over $7 billion industry and swimmers can account for at least 10% so that’s $700 million.

“Our proposal initially was to have a portion of that money allocated for swimmers that appear in finals and semi-finals.”

Biondi accepted that the COVID-19 pandemic had changed things but there were also social issues around healthcare and retirement benefits to address.

“If the Olympics had been cancelled, what safety net is there for the athletes? They literally would just be cut loose with no compensation or anything,” he said.

“So this is how it has evolved over the last year and the goals are to maintain a positive relationship and have swimmers with a voice at the table and then to be able to share in the economic benefits of what we all are able to create.”

Biondi recalled the fierce resistance he met after the 1988 Seoul Games when he sought to maximise his marketability as a professional.

He hoped FINA would be more responsive under the new leadership of Kuwait’s Husain Al-Musallam but was prepared for the long game.

“The door has been slammed many a time in my face, figuratively, and I have to believe that what I am doing is good for the sport. And I do,” he said.

“I have to be optimistic that we can start fresh. That we can look at options, and open discourse, dialogue.”

21-year-old driver killed after being hit by lorry, other cars on highway