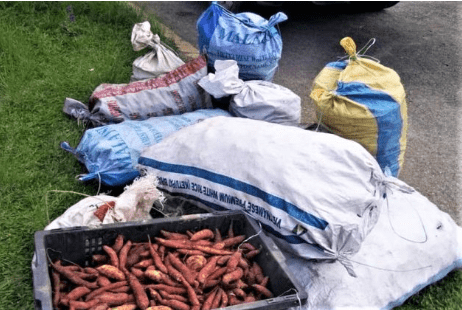 KUALA LUMPUR: The residents of Kampung Orang Asli Lemoi, Cameron Highlands in Pahang were relieved when they were finally able to sell off their stock of almost 500 kilogrammes of sweet potatoes, thanks to the help of several teachers there.

“The sweet potatoes were a source of income to the villagers, but sales dropped after the movement control order was imposed,” Hanisah, 39, told Bernama.

“After discussing it with Nor Mahidatulasma and Wan Zamani, I posted an advertisement of the sweet potatoes on the social media,” she said.

The advertisement which included a photograph of the stacks of sweet potatoes posted on Hanisah’s Twitter account, @bungolale, on April 12 was shared more than 1,000 times, and the orders came flooding in soon after.

Hanisah said she and her friends only wanted to help the residents whose children were their students.

“Our school is in the interior areas. During school days, we live in the villages and only go out once a week, so we are close to the residents.

“When they complained that they could not sell many of their produce, we came up with this idea to help them,” she said.

“We used the hashtag ‘#kitajagakita’. We may not be able to help everyone, but at least we could do something for those people around us,” she said. – Bernama