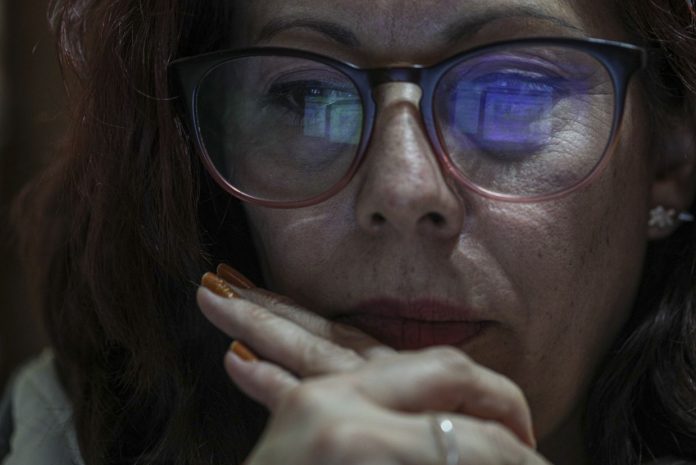 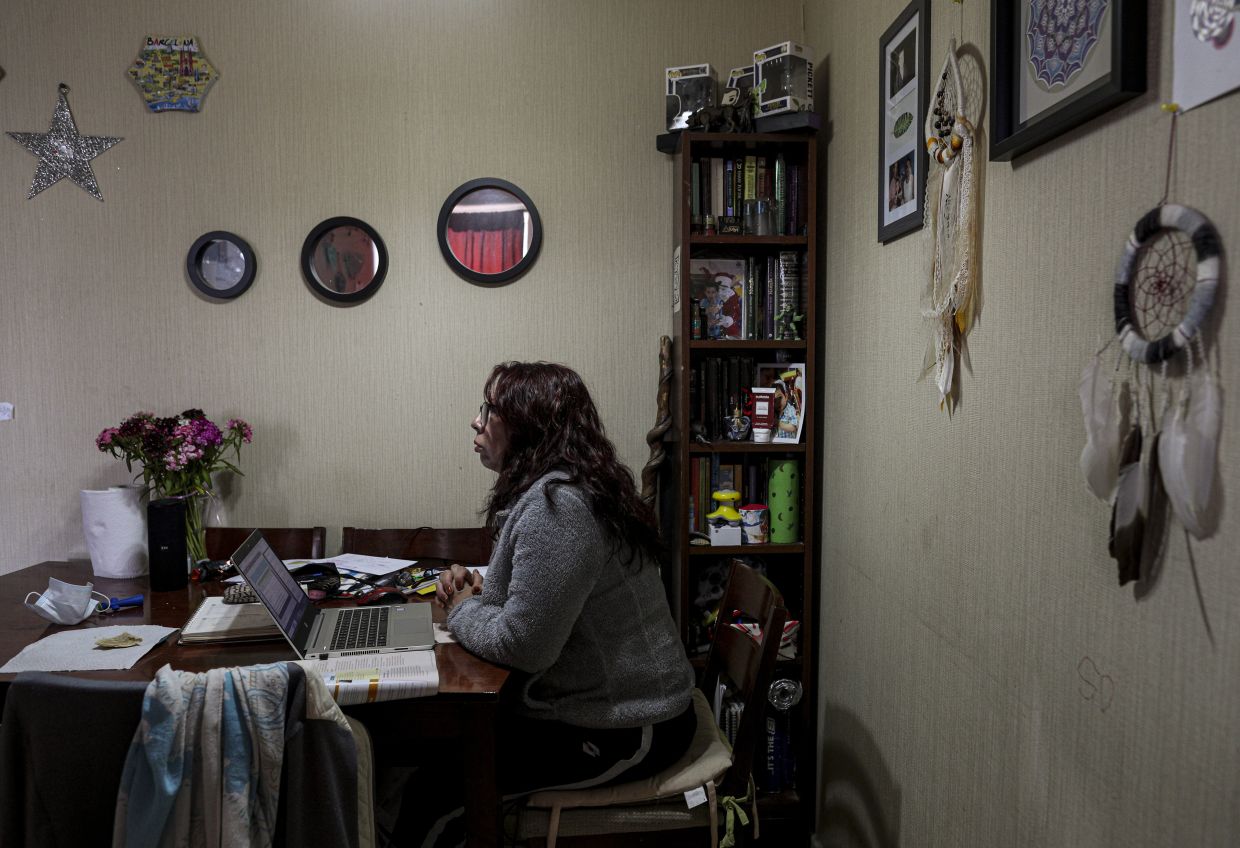 SANTIAGO, Chile: Marcela García teaches science classes sitting on three cushions placed on a chair in her dining room in Chile’s capital, while many of her students listen to her from their beds because both sides lack sufficient space for the remote teaching brought on by the coronavirus pandemic.

Teachers and students alike had to start online classes without preparation and many without the necessary tools to give or receive remote education, which experts agree has negatively affected learning in Chile and other Latin American countries.

Marcela, a 46-year-old mother of two, teaches at San José de Puente Alto, a private school for vulnerable children run by a foundation in one of the largest and poorest neighbourhoods in the Chilean capital. The neighbourhood generally reports the highest number of coronavirus infections among the 52 districts in greater Santiago.

Her 405 students are divided into nine mid-high school courses. Almost all the students are poor and many of their parents do not use the Internet or even computers, so the children must work without their help.

“Most of them take the classes in their bedrooms, sitting on the bed,” García told The Associated Press. “Children here do not have space, sometimes they share a few square meters with their siblings, with their family, or they live in crowded conditions.”

García, their teacher, also lacks sufficient space to teach classes in the apartment she shares with her children and father in central Santiago. “I sit on a chair in the dining room. Even with the three cushions I put on it, I still end up with a bruised back and swollen feet. Sometimes my hands swell too.”

“My son is currently five tests behind because I have not had time to sit with him to do his homework because I spend all day with my students,” she said.

Her youngest son Eduardo, 7, shares an old computer with his 21-year-old sister, Sofía, who is in university. Eduardo takes his online class in the mornings, but when Sofía has a test or university work at the same time he misses his classes.

García says one family with two children in her school has a single computer and no cellphone.

“What do they do? One day one connects and the other day the other and so they take turns for days. They are not in all classes or all hours,” she said. Offline students receive a written guide with subjects and questions and submit the filled out notebooks to the school once a month.

García and several of her fellow teachers use computers loaned to them by the school because theirs were too slow to teach classes with. The school also loaned tablets to students, but there were not enough for everyone. Some take the classes with cellphones.

Most of her students don’t activate their cameras during their online classes “not because they don’t want to, but because they are often ashamed to show their homes, the places where they live,” García said.

International organisations agree that students are learning less with online classes, especially those who have connectivity problems.

An official study on what Chilean high school students learned in 2020 during online reading classes showed that none attained even 60% of the knowledge necessary to pass the subject and this number fell to 47% in mathematics.

“We are facing an educational earthquake and the aftershocks will be felt for years,” said Chilean Education Minister Raúl Figueroa.

In the second semester of last year, the number of topics taught in Garcia’s school was cut in half.

This means that, students “are learning more, at least in my case” because with less material to be covered “it allows me to explain and expand more on the content”, she said.

She said in the four weeks that her school held face-to-face classes – two in March of last year and two this year – “we were filled to capacity with two or three rotating groups”. She said the children want to be in school because they have connectivity problems or “because they feel like they learn less at home”.

She said she has to call her students and their families by cellphone to find out how they are doing.

They “have my cellphone number and call me at any time, and they send me messages on Saturday and Sunday. It is a barrage of questions. They don’t think that we (teachers) also have families, that we want to rest,” she said in a tired voice. – AP