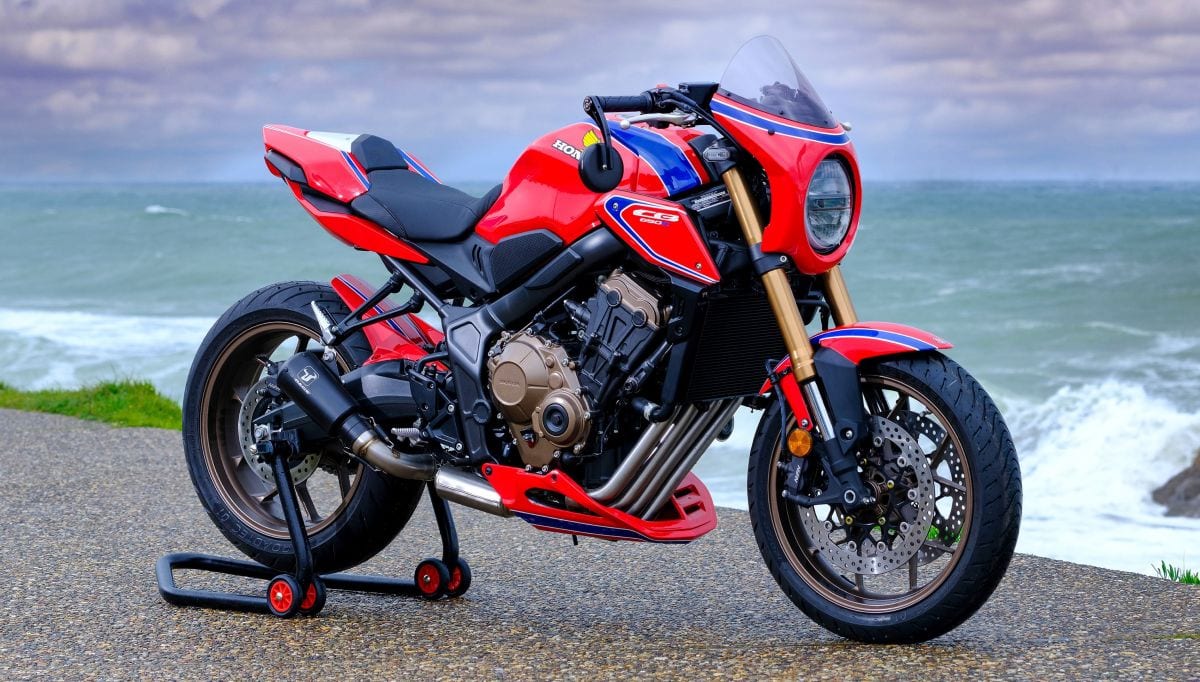 Cancellation of the Wheels and Waves Biarritz festival has not put a damper on Honda Motor Europe’s plans to showcase some of Europe’s best custom motorcycle builds featuring the Honda CB650R (retailing at RM43,499 in Malaysia). Commissioning builds from Spain, Portugal and France, 10 CB650Rs were modified by Honda dealers with fans able to vote for their choice on the Hondacustoms.com website, as was done previously with the Honda CB1000R Neo Sports Cafe Custom in 2020.

While retaining the stock frame and engine of the inline-four cylinder CB650R, builders were allowed free reign on bodywork, style and fittings, as well as colour schemes reflecting a specific theme or Honda racing colour. Amongst these are “Fenix” from Mototrofa Honda in Portugal, built as tribute after a fire devastated its workshop in 2019.

Fenix uses a swingarm from a Honda VFR750F sports-tourer and a front wheel taken from a CBR900RR Fireblade. The number ’93’ in the paint scheme by Nexx Helmets signifies the year Mototrofa was founded as well as homage to multiple MotoGP world champion Marc Marquez.

If readers are wondering why the Hedicion by Motor Sport Spain looks familiar, it is because this CB650R custom takes its paint scheme from the 1966 Brabham Honda BT18 Formula race car. Complementing the green and yellow racing livery, the Hedicion’s cam cover is painted yellow, complemented by the carbon-fibre cowl fairing and tailpiece, along with the titanium Akrapovic exhaust.

Inside JFK’s Decisionmaking During the Cuban Missile Crisis