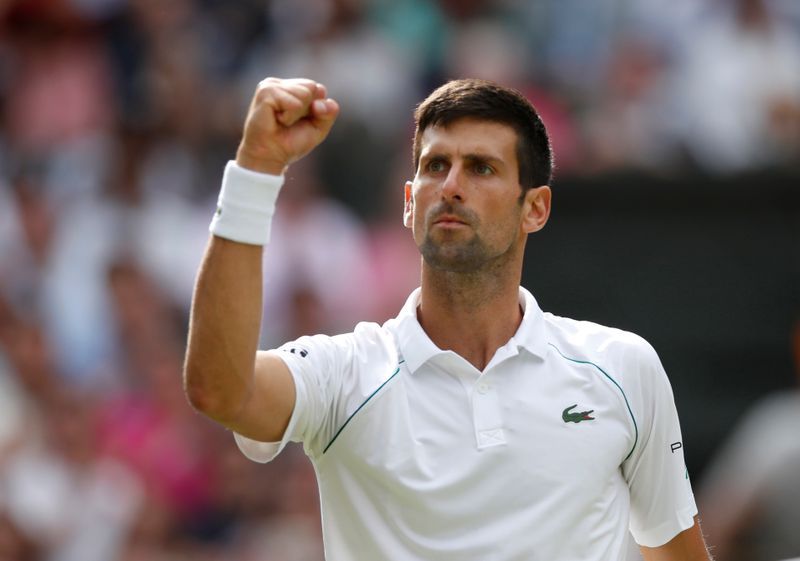 (Reuters) – Serbia’s Novak Djokovic said on Sunday he was “50-50” about competing at the Tokyo Olympics later this month following the organisers’ decision to ban fans from attending and the restrictions on the number of people he can take to the Games.

“I’ll have to think about it,” the 34-year-old told reporters in London after winning his sixth Wimbledon title. “My plan was always to go to Olympic Games.

“But right now I’m a little bit divided. It’s kind of 50-50 because of what I heard in the last couple days.”

(Reporting by Sudipto Ganguly in Mumbai; editing by Pritha Sarkar)

Golf: Golf-Bombs away! DeChambeau promises to unleash on Torrey Pines