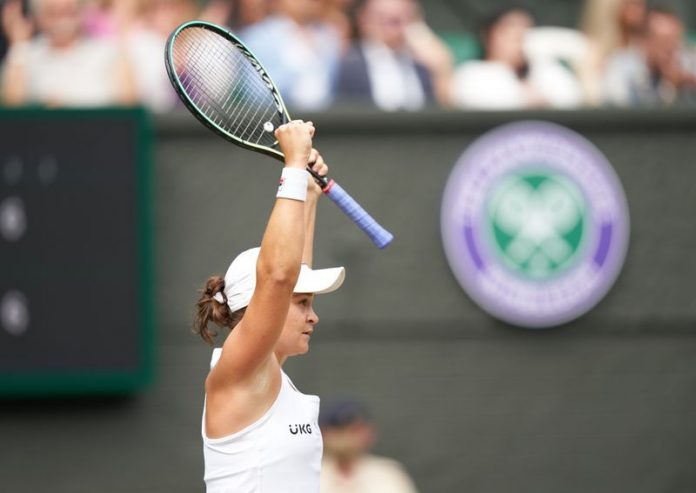 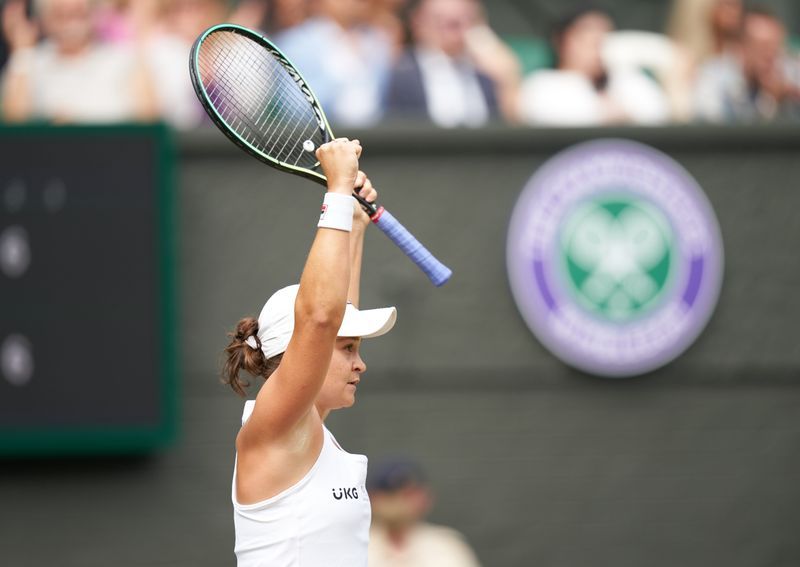 LONDON (Reuters) – Ash Barty has not set foot on home soil since March but the endless air miles, hotel rooms and COVID-19 bubbles will all be worthwhile if she becomes the first Australian woman to win Wimbledon for 41 years on Saturday.

The 25-year-old world number one has reached her maiden Wimbledon final in impressive fashion and stands on the cusp of emulating her idol Evonne Goolagong who claimed the second of her titles at the All England Club in 1980.

Standing in her way is the formidable presence of big-serving Czech Karolina Pliskova whose journey to the Centre Court showpiece has also been a long and winding one.

Barty, bidding for a second Grand Slam title having won the French Open in 2019, will start as favourite having won five of the seven matches she has played against Pliskova.

Like Pliskova, she has dropped one set en route to the final and has shown no sign of the hip injury that forced her out of the French Open and put her Wimbledon place in doubt.

Barty, winner of the girls singles in 2011, has made no secret of targeting Wimbledon this year and coach Craig Tyzzer said it is a challenge she has embraced.

“I think it’s always been on her mind. But to come out and say it is a big step,” Tyzzer told reporters on Friday.

“Her confidence level has been really good. She’s been playing good tennis. She’s been building, it’s getting better. We’ve got one more job to do.”

Australians have enriched Wimbledon folklore with the likes of Rod Laver, Roy Emerson and John Newcombe dominating on the lawns in the 1960s and early 1970s.

But Barty has a special affinity with Goolagong with whom she shares indigenous Australian heritage and an artistic all-court game that would grace any era.

“To kind of give myself a chance to create some history almost in a way that’s a tribute to her is really exciting,” Barty said after her semi-final win against Angelique Kerber.

For former world number one Pliskova, it represents another chance to prove she has what it takes to win a Grand Slam title having been talked up so often in the past only to fall short with monotonous regularity.

Since reaching her maiden Grand Slam final at the U.S. Open in 2016, Pliskova reached only two more semi-finals at the majors before this year’s Wimbledon run.

For a player with such big weapons, her Wimbledon record has been mystifying with six of her eight previous visits ending either in the first or second rounds.

This time, her ranking down at 13, Pliskova came under the radar, but has stormed through the draw, surviving a heavy metal clash with second seed Aryna Sabalenka in the semi-final.

Coach Sascha Bajin, who began working with the 29-year-old Czech in 2020, said it was a question of giving her the belief that grass was the perfect surface for her game.

“I spoke with her a little bit about it yesterday, I was like, I don’t understand how she hasn’t done better here before,” Bajin, who coached Naomi Osaka to her first two Grand Slam titles, told reporters.

“With all her big weapons that she has. She has big serves. She has good slice. She has actually also good touch. She can drop some balls very low behind the net. She has good volleys.

“I always thought her game was well-suited for this surface. I’m just happy that it’s displaying this year with me.”

Other Sports: Portugal’s government under fire over Champions League final

Football: Soccer-Barca and Neymar reach ‘amicable’ out of court settlement