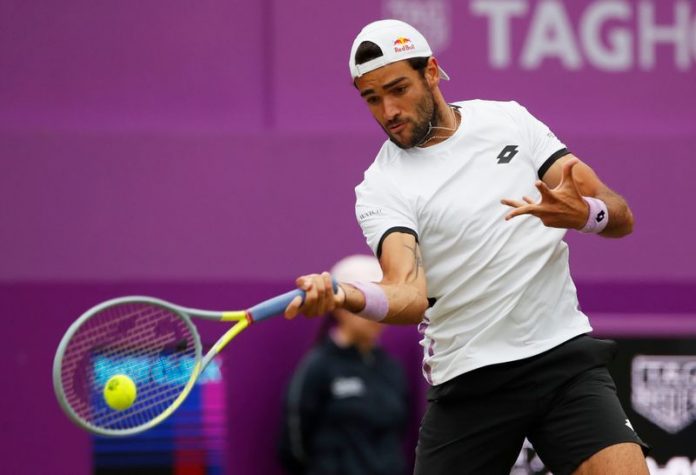 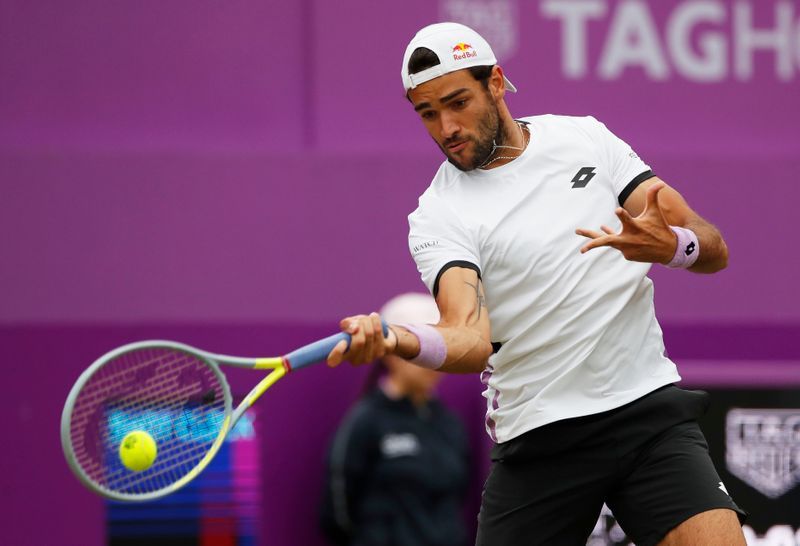 LONDON (Reuters) – Top seed Matteo Berrettini saw off a spirited challenge from home favourite Dan Evans to win 7-6(5) 6-3 and reach the semi-finals of the Queen’s Club championships on Friday.

In a match delayed by 4-1/2 hours due to rain, Berrettini struck 13 aces and won 81% of his first-serve points in a clinical display.

Having claimed a tight opening set tiebreak, Berrettini broke Evans’ serve in the eighth game of the second set before closing out victory on serve.

“The conditions were really tough, windy and cold, so I took time to adapt a little bit. I am pretty happy with my performance,” world number nine Berrettini said.

“The court condition was really good. I expected slippery conditions, but it was like yesterday.

“I came here to win the tournament, that is my goal. Now I am two steps away,” he added.

Norrie will meet either Canadian second seed Denis Shapovalov or American Frances Tiafoe, whose match was suspended due to bad light after Shapovalov won the first set 6-3.