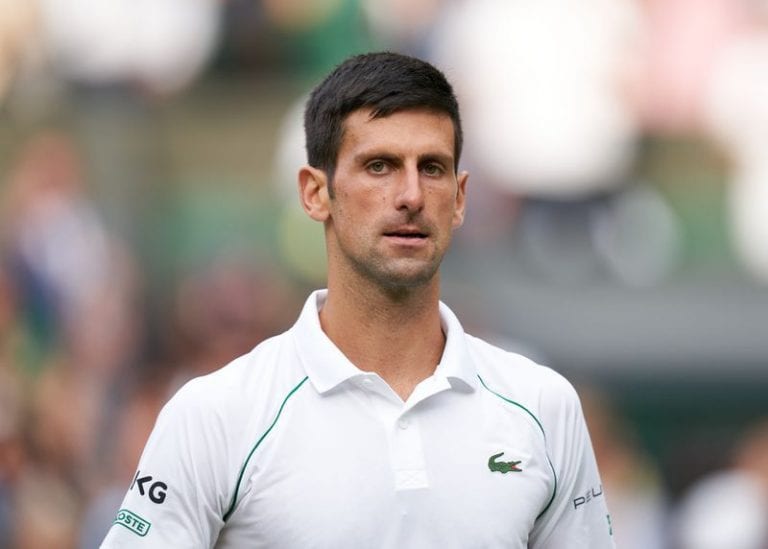 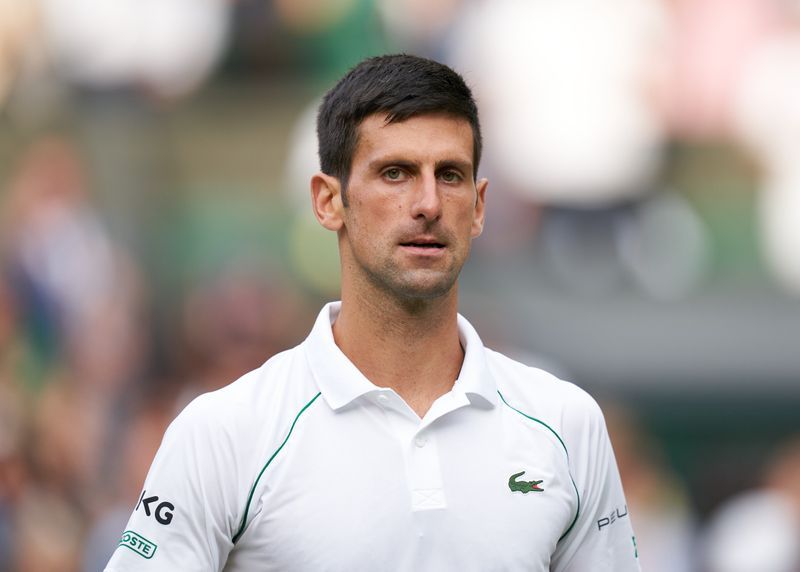 (Reuters) – The 6-foot-5 frame of Matteo Berrettini will be standing in the way of Novak Djokovic’s relentless pursuit of hoarding as many tennis milestones as possible when the two meet in a Wimbledon final where both men will be eyeing the record books.

A win against Berrettini at the All England Club will not only see the 34-year-old draw level with Roger Federer and Rafa Nadal’s record men’s haul of 20 major titles, it will also mean he would have completed the third leg towards achieving the Golden Slam. No man has even won the four slams and an Olympic gold in the same year.

“It would mean everything,” said world number one Djokovic, who is chasing a sixth title at the spiritual home of grasscourt tennis. “That’s why I’m here. That’s why I’m playing.

“I imagined myself being in a position to fight for another Grand Slam trophy prior to coming to London. I put myself in a very good position.”

Having already won the Australian Open and Roland Garros titles in 2021, Djokovic has won 20 successive matches at the majors and is now gunning to wipe out the opposition in the Wimbledon final, the Tokyo Olympics and the U.S. Open in order to complete the Golden Slam.

Since the start of 2020, the only time the Serbian has failed to reach a Grand Slam final was when he was defaulted in the fourth round of last year’s U.S. Open for accidentally hitting a line judge with a ball.

While Djokovic is almost a permanent fixture in recent finals, it will be the first appearance in the championship round at a major for Berrettini.

The 25-year-old, who hails from Rome, will be bidding to become the first Italian to win a singles title at Wimbledon.

Djokovic has won both of their previous meetings but the duo have never met on grass.

Since losing his opening set of the championships to Britain’s Jack Draper, Djokovic has captured 18 successive sets but he will face an opponent high on confidence.

Berrettini’s run to the title round has been almost as impressive as Djokovic’s.

He became the first player to win the Wimbledon warm-up event at Queen’s on his debut appearance since Boris Becker in 1985 and remains on course to match the German’s feat of completing the Queen’s Club-Wimbledon double in the same year.

The 25-year-old Italian, with the physique of a heavyweight boxer, packs a real punch with his massive forehand and 220kmph serves.

Djokovic is well aware of the threat posed by his opponent, who is bidding to become the first Italian man to win a Grand Slam title since Adriano Panatta triumphed at Roland Garros in 1976.

“Anything is possible in the finals,” he said. “Obviously experience is on my side. But Berrettini has been winning a lot of matches on grass courts this year, winning Queen’s.

“He’s in great form. He’s serving big, playing big. So it’s going to be a very tough match I think for both of us. But I’m looking forward to a great battle.”

But Djokovic’s game is as much about shot-making as it is about his impregnable defence and mental strength as his semi-final opponent Denis Shapovalov found out on Friday.

Shapovalov thought Berrettini could have a real chance.

“I think with the serve that he has, if he can manage to sneak out a break here or there, win a couple tiebreaks, I think it’s going to be really tough for Novak to break him,” the Canadian said.

Djokovic accepted that the Centre Court crowd will probably be backing underdog and first-time finalist Berrettini on Sunday — and that is something that will not faze the steely-eyed Serbian.

“Hopefully people can also recognise the importance of this match for me, the history that is on the line,” he said. “Yeah, I’m prepared for anything really that is going to happen in terms of the crowd support on Sunday,” he said.

“I’ve had many different experiences throughout my career. I just need to focus on myself and what I need to do.”

(Reporting by Sudipto Ganguly in Mumbai; editing by Pritha Sarkar)