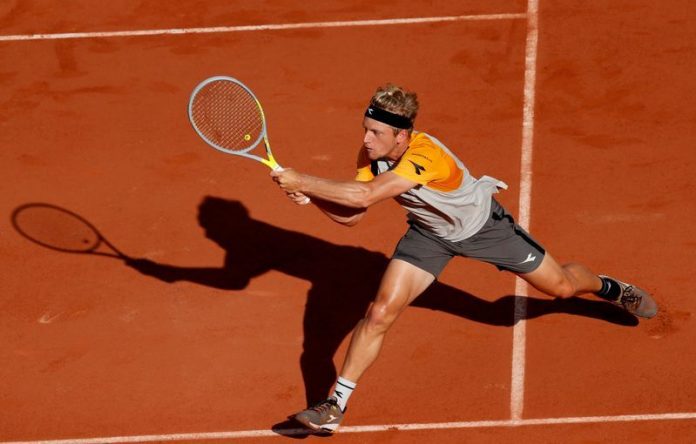 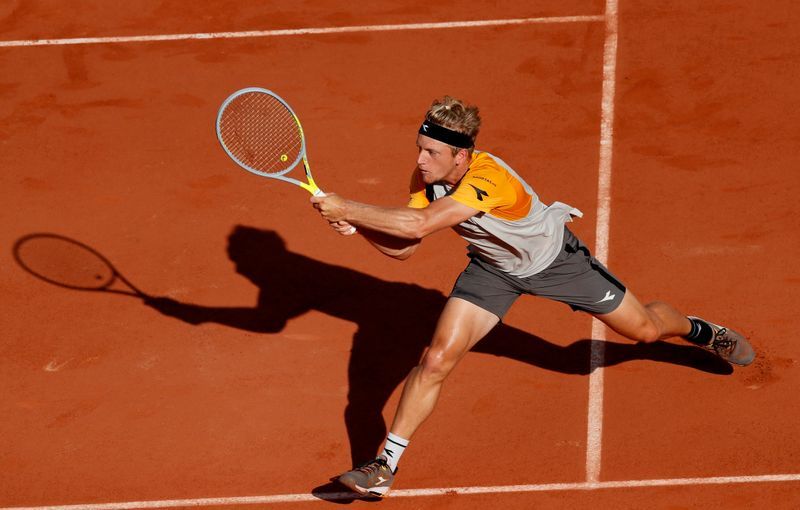 PARIS (Reuters) -Alejandro Davidovich Fokina marched into the quarter-finals of a Grand Slam for the first time with a power-packed 6-4 6-4 4-6 6-4 victory over Federico Delbonis at the French Open on Sunday.

Fokina had already spent more than 10 hours on court at Roland Garros, which included two consecutive five-setters, but the hard-working Spaniard was the livelier of the two players, covering the court with ease and striking the ball with venom.

Spurred on by a few Spanish fans in attendance, Fokina smashed 42 winners past his opponent and set up a clash with either sixth seed Alexander Zverev or Kei Nishikori.

“I gave everything, three hours, I worked hard for this moment,” 22-year-old Fokina said in an on-court interview. “There are a lot of emotions, I’m so happy.

“I was very nervous but thank god I won that (fourth) set… I will rest for sure, I am so tired today.”

Delbonis drew first blood in the opening set when he broke to go 3-1 up but three double faults and unforced errors allowed Fokina to win four straight games to lead 5-3.

Fokina sealed the set with a forehand winner well out of the Argentine left-hander’s reach and the Spaniard did not let up in the second set, earning a double break once again to go 4-1 up as Delbonis made a slew of errors with his backhand.

Angled winners and passing shots became a running theme in Fokina’s points while drop shots from behind the baseline and one sensational pick-up that whizzed around the net post drew loud cheers from the sparse crowd at Court Suzanne Lenglen.

Fokina’s hot streak saw him win five games in a row until Delbonis finally offered some resistance, denying him on three set points before he caved in on the fourth.

The pair traded breaks in the third set as Delbonis fought back and the Argentine clinched the crucial break at 5-3 to win a third set in which Fokina seemed to fade and made 17 unforced errors.

But the Spaniard bounced back in the fourth to convert a crucial break point at 3-3 and, despite seeing his vocal fans leave the arena in the fourth set due to the COVID-19 curfew, as well as an underarm serve backfiring, Fokina triumphed.

(Reporting by Rohith Nair in Bengaluru; Editing by Toby Davis and Ken Ferris)