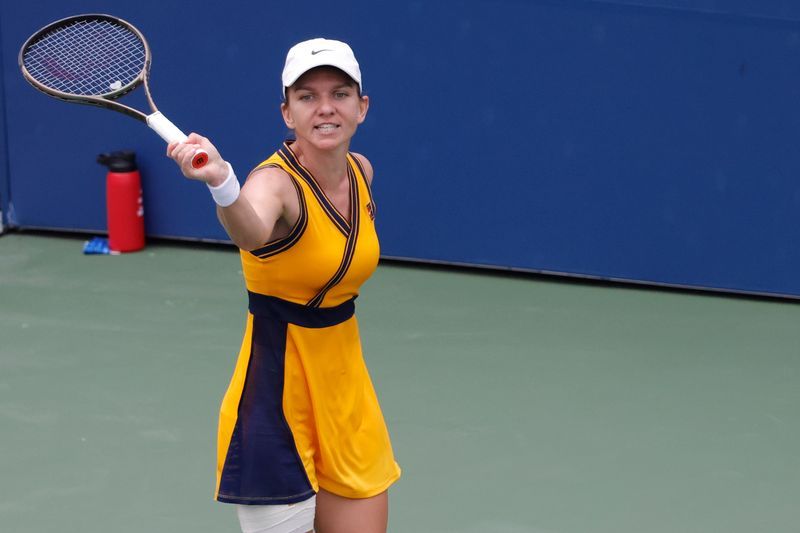 NEW YORK (Reuters) – Simona Halep, who missed three of the year’s biggest events while recovering from a calf injury, delivered a statement win in her return to Grand Slam action as she beat Italian Camila Gorgi 6-4 7-6(3) on Monday to reach the U.S. Open second round.

The former world number one, who is seeded 12th in New York, relied on a solid serving game to get by in-form Gorgi, who won the biggest title of her career just two weeks ago in Montreal.

Halep missed the French Open, Wimbledon and Tokyo Olympics due to an injury suffered in Rome and then, in only her second tournament back, was forced to withdraw from a U.S. Open tune-up event in Cincinnati due to a right thigh injury.

The 29-year-old Romanian was considered to be one of the more vulnerable seeds in New York but showed she was up for the task at hand in the day’s first match on Grandstand.

Halep, a two-times Grand Slam champion whose best U.S. Open finish came in 2015 when she reached the semi-finals, won 83% of her first-serve points, fired down six aces and faced just two break points during the 93-minute match.

Next up for Halep will be Slovakian lucky loser Kristina Kucova.

(Reporting by Frank Pingue in Toronto, editing by Pritha Sarkar)

Over 65% of country’s elderly have received at least one dose, says JKJAV

Tennis: Tennis-Gauff gears up for biggest clay test against Brady