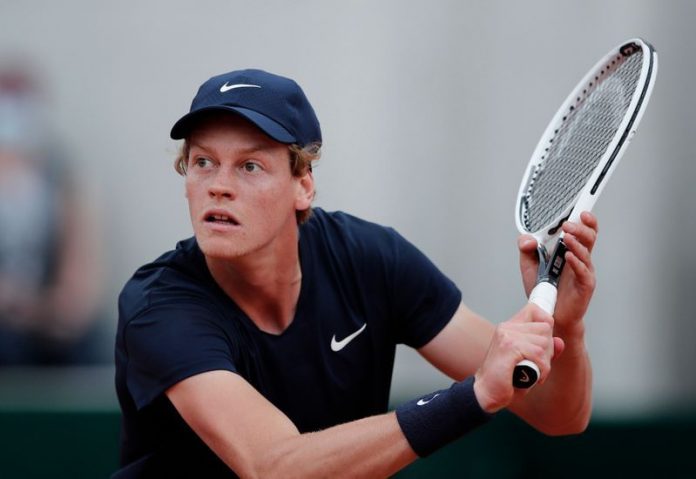 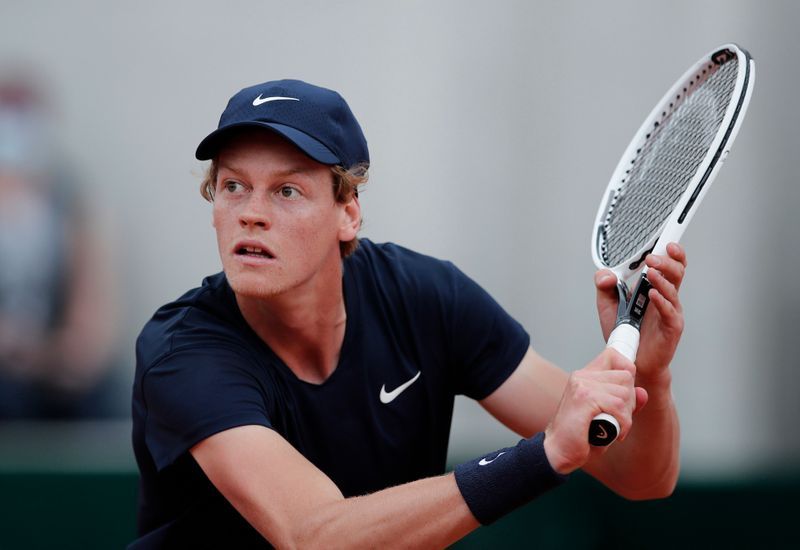 PARIS (Reuters) – Hard work and looking after his physical and mental health are the priorities for Italian teenager Jannik Sinner as he rises through the tennis rankings.

“It’s a long way to make every step,” Sinner told Reuters in an interview after reaching the last 16 at the French Open, where he will face the ultimate challenge on clay against Rafael Nadal.

“You can make every step with hard work and with a lot of dedication and make sure you have the right people around you. I have the best team around me.

“They know where I want to go and where they want to push me and it’s very good. It takes time, you have to gather experience,” he said. “I know what I have to do.”

The 19-year-old Sinner, whose composure on court belies his youth and contrasts with the volatility of fellow Italian Fabio Fognini, has been racing up the ATP rankings to break into the top 20.

Sinner became one of the top under-12 Alpine skiers in Italy before leaving his native South Tyrol to work with tennis coach Riccardo Piatti on the Italian Riviera.

He already has a Grand Slam quarter-final and two ATP titles under his belt but says he is not worrying about rankings for the moment.

“For the next couple of years, I’m not going to watch out for my ranking, I know what I have to do, the way I have to go and Riccardo knows it. He’s been down this road many, many times.”

Sinner, who ranks 11th in the ATP Race, has launched an Instagram series, ‘What’s Kept You Moving’, in which he discusses mental health amid the COVID-19 pandemic with Italian sprinter Filippo Tortu and paralympic fencer Bebe Vio.

“I have people who are close to me, my team, my family, I feel well with them and I’m physically healthy. My parents are healthy, my friends are healthy, I’m healthy, too,” he said.

“Of course there is a bit of pressure (in tennis) but it’s what I love to do, going from one tournament to the other.

“Obviously I am healthy and it’s tough, especially here in Grand Slams; you have the wheelchair players who unfortunately have to adapt to their life and you feel even more blessed that you are healthy and I feel sorry for them. If somebody says to me that I’m not healthy, nobody’s healthier than me.”

He views defeat as a learning experience rather than a source of frustration.

“At the end of the day it’s tennis, you have to enjoy it,” he said. “At the end of my career I want to be able to say ‘I reached my limits’. We’ll see where I’m going to be.

“For me it’s important I enjoy playing tennis. It’s a pleasure to go on court. Tennis is a game and I love playing it.”

Skiing is now a small part of Sinner’s life but the teenager still manages to hit the slopes at Christmas, when he goes back to his hometown of Sexten.

“I am still allowed to ski. You cannot tell me I’m not going to ski, it would not be realistic,” he said.

Take these small steps for a healthier life