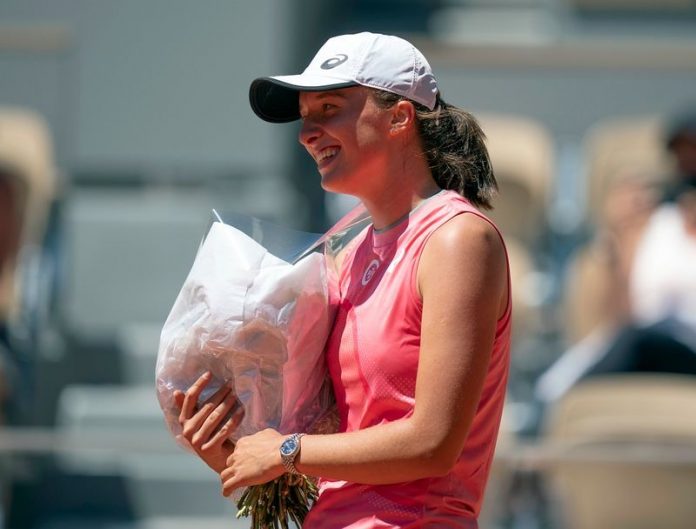 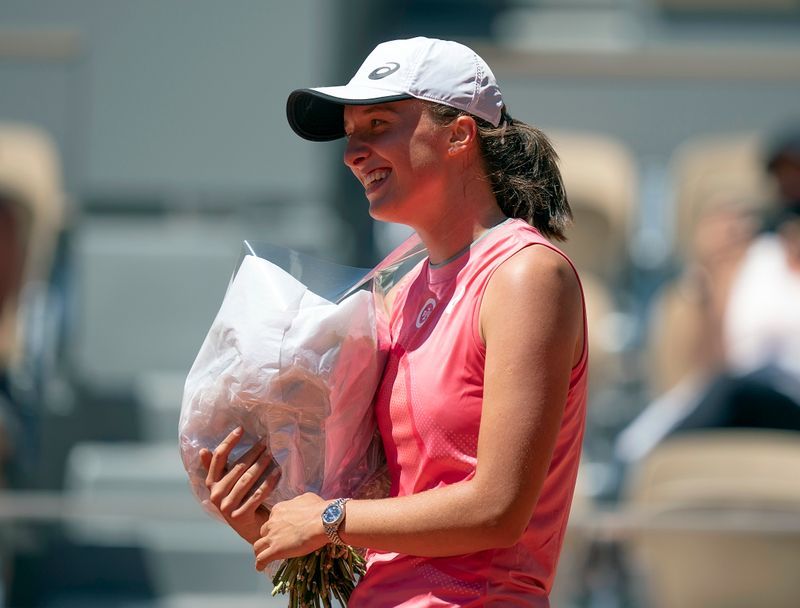 PARIS (Reuters) – Defending champion Iga Swiatek said she felt like she could do anything she wanted with ball after reaching the French Open third round with an ominous 6-1 6-1 demolition of Rebecca Peterson on Thursday.

The 20-year-old needed only 61 minutes to overwhelm Peterson, the only Swede in the women’s draw, sending out a clear message to those wanting to snatch the title.

Swiatek, who took Roland Garros by storm last October to become the first Polish player to win a Grand Slam singles title, led 5-0 in both sets in a near-perfect display full of power, flair and control.

Even a dip in temperature on Court Simonne-Mathieu and some drops of rain could not slow down Swiatek’s onslaught as she set up a clash with 30th seed Anett Kontaveit who as equally impressive in thrashing Kristina Mladenovic.

up this morning, I knew I’m going to be in the right mood,” Swiatek told reporters.

“I did my routines before the match. Then when I was on the court, I just felt the ball perfectly. I felt like I could do anything with it. So I’m pretty happy that I had this attitude right now.”

The burden of being the defending champion at a Grand Slam has overwhelmed many players more experienced than Swiatek.

But so far she appears completely comfortable in the role and with so many big names already out, she looks to be the favourite.

“At the Australian Open I didn’t actually know how I’m going to react to my new situation,” she said. “I was more nervous and more stressed.

“I just realised that I can actually play without any expectations, because there are many stories when after going to a tournament as a defending champion players have some issues. I just told myself, there may be a situation that you’re not gonna play as well as you did last couple of years in Paris, so just, relax and we’re gonna see what’s gonna happen.”

“I know some places here when I can actually rest,” she said. The first two years I was confused. I didn’t know where to go. Right now I feel like home.”

How to Build a Guided Learning Course