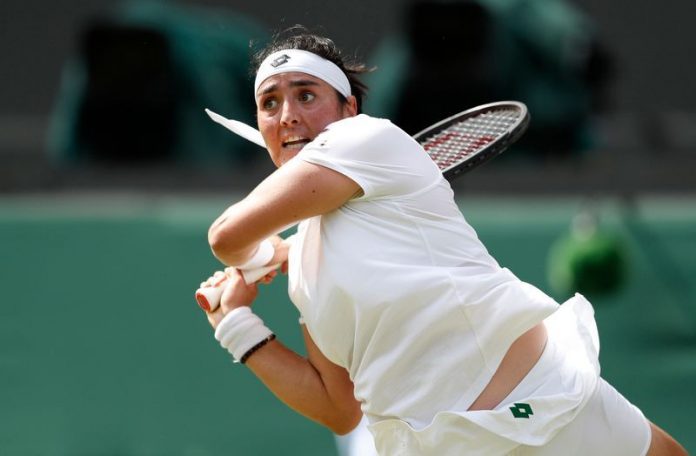 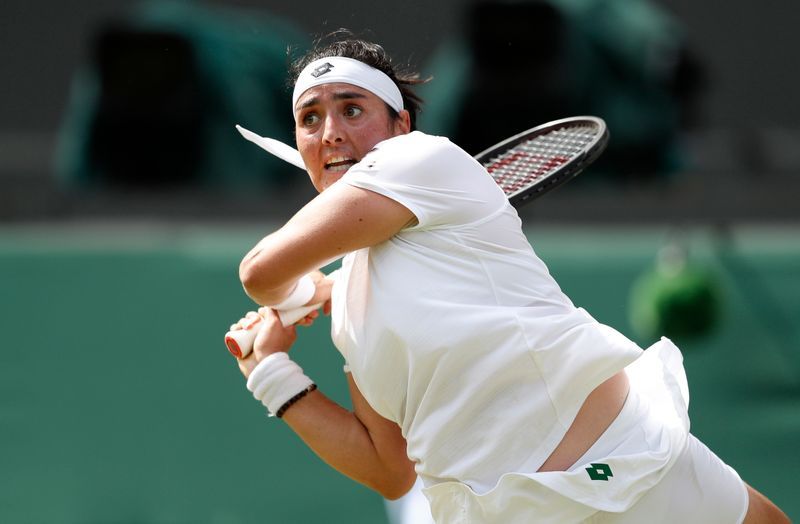 LONDON (Reuters) – Tunisian Ons Jabeur cast a spell over former champion Garbine Muguruza and dazzled the Centre Court crowd to reach the Wimbledon fourth round with a 5-7 6-3 6-2 victory on Friday.

Jabeur dipped into her box of tricks to outflank the powerful 11th seed who was slowly driven to distraction by an opponent who gave a masterclass in angles and spins.

The artful 26-year-old showed great resilience to fend off Muguruza’s heavy hitting early on and eventually took control to reach the last 16 at Wimbledon for the first time.

Jabeur, who last month became the first Arab woman to win a WTA title when she triumphed on grass in Birmingham, will face 2020 French Open winner Iga Swiatek on Monday.

The Tunisian began nervously with a couple of double-faults to drop her opening service game but from then on she gave Muguruza a torrid time as took the 2017 winner out of her comfort zone.

To her credit former world number one Muguruza won the opening set as her power game just about held sway but she never looked comfortable trying to solve the Jabeur puzzle.

From 3-3 in the second set Jabeur began to take control and there was an air of slight desperation about Muguruza as struggled to figure out what her opponent would do next.

Jabeur, the 21st seed, broke Muguruza’s serve twice to forge 5-1 ahead in the deciding set and held her nerve when she served at 5-2, sealing a memorable win with a sensational forehand, her 44th winner in a superb performance.

“This is the best day of my career,” Jabeur, a role model for Arab sportswomen, said on court to an appreciative crowd.

“I was a bit nervous today. She plays unbelievable on grass, it was difficult in the first set but after that I stayed more calm. When I play loose and good everything gets better.”

Greener streaming: Ways to use less energy while watching shows