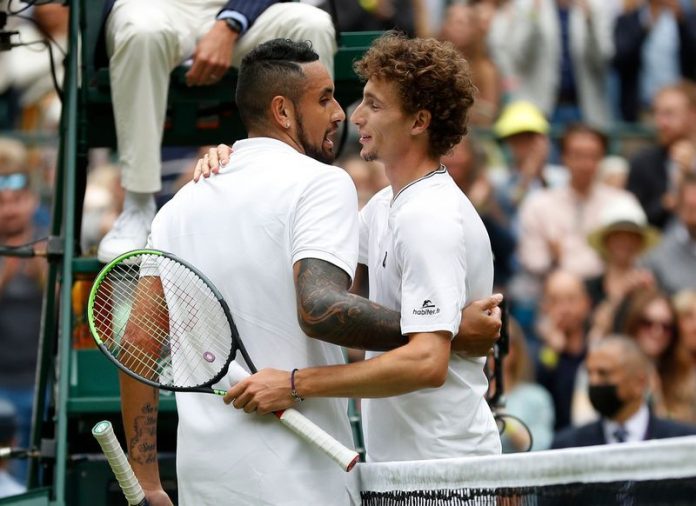 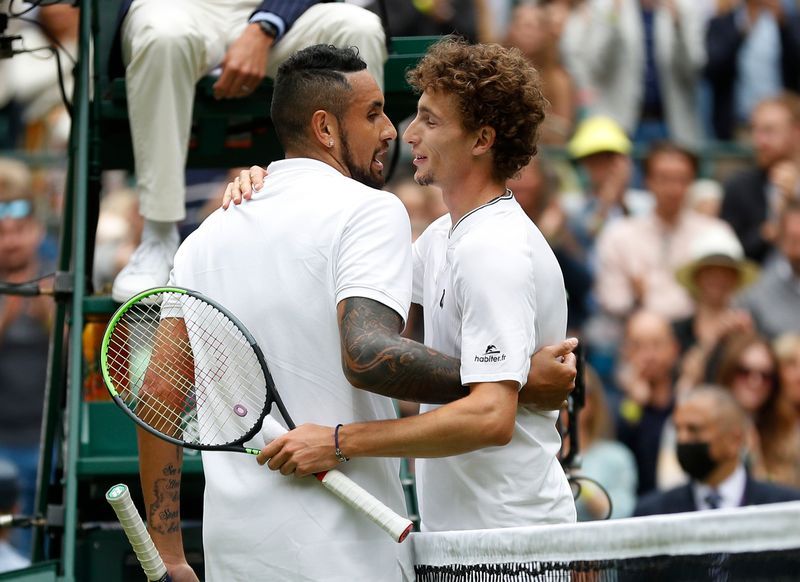 LONDON (Reuters) – Australian maverick Nick Kyrgios marked his long-awaited return to action by completing a 6-4 4-6 3-6 6-1 9-7 win over Ugo Humbert on Wednesday in match held over from the previous evening.

Play was suspended at 3-3 in the deciding set at 11pm on Tuesday after 21st seed Humbert had led by two sets to one.

But Kyrgios, one of the biggest draws in the sport, showed great composure to finish the job on Court One and set up a second-round clash with Italian Gianluca Mager.

“Not too bad for a part-timer,” the 26-year-old Kyrgios, playing his first match since losing in the third round of the Australian Open in February having opted against travelling because of the pandemic, said on court.

“It didn’t take much to get me off my couch when I heard there would be crowds here because I love Wimbledon.”

The see-sawing action of the previous evening had taken place under lights and the Court One roof.

But the match resumed in open air with the first eight games all going with serve.

There was an anxious moment for the Australian when he slipped trying to change direction and fell awkwardly and briefly looked in pain, holding his hip.

But he picked himself up and it was Frenchman Humbert, winner of the grasscourt title in Halle this month, who blinked first when he played a poor service game at 7-7 to hand Kyrgios the chance he had been waiting for.

Kyrgios went 15-40 down on serve but showed his steel to claw back the deficit and claimed victory with a sliding serve down the middle.

Soccer: Soccer-Bale won’t begin for Wales in opposition to Belgium