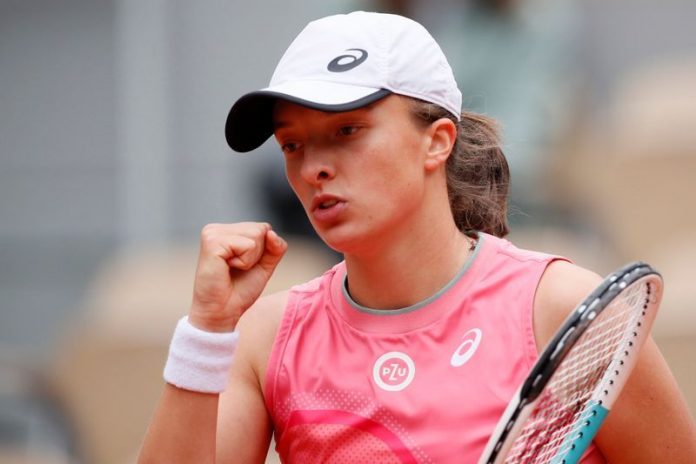 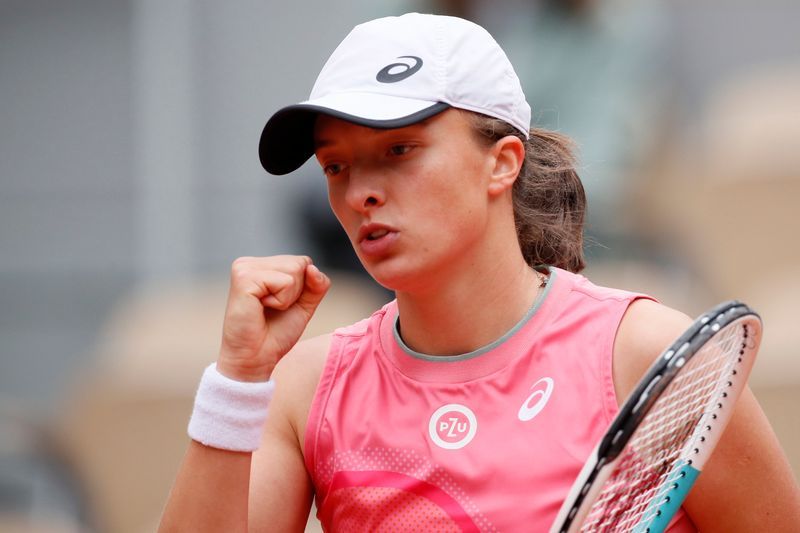 PARIS (Reuters) – The band Guns N’ Roses helped Iga Swiatek claim her maiden Grand Slam title at the French Open last year. This year, the eighth seed has a whole lot of love for Led Zeppelin as she bids to win a second title in eight months at Roland Garros.

Before every game, the Polish 20-year-old’s routine has her arrive on court with headphones on, tuning out the noise as thumping rock music sets the mood for her to dominate her opponents.

Her head-banging soundtrack also helped her win the Italian Open last month with a jaw-dropping 6-0 6-0 demolition of former world number one Karolina Pliskova.

“Off court I started to listen to some Polish music, and that’s new for me because actually I haven’t listened to Polish music ever. It’s really cool, I would recommend it.”

The two bands were popular well before her time but Swiatek was hooked after hearing a popular Led Zeppelin track in the superhero movie ‘Thor: Ragnarok’.

“I just started listening to rock, I was browsing and I liked them.”