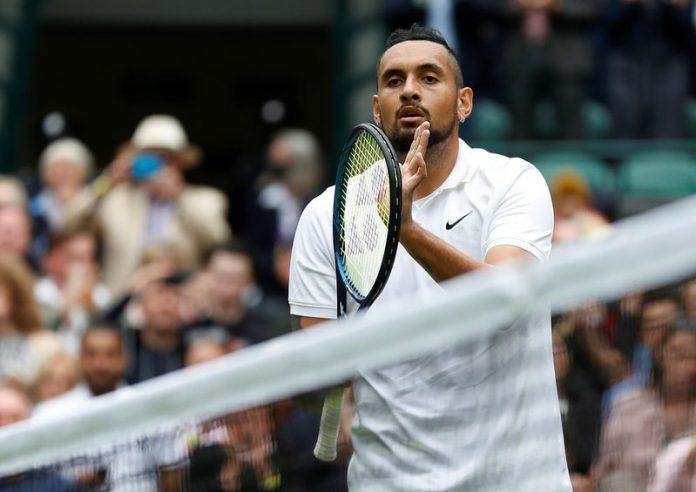 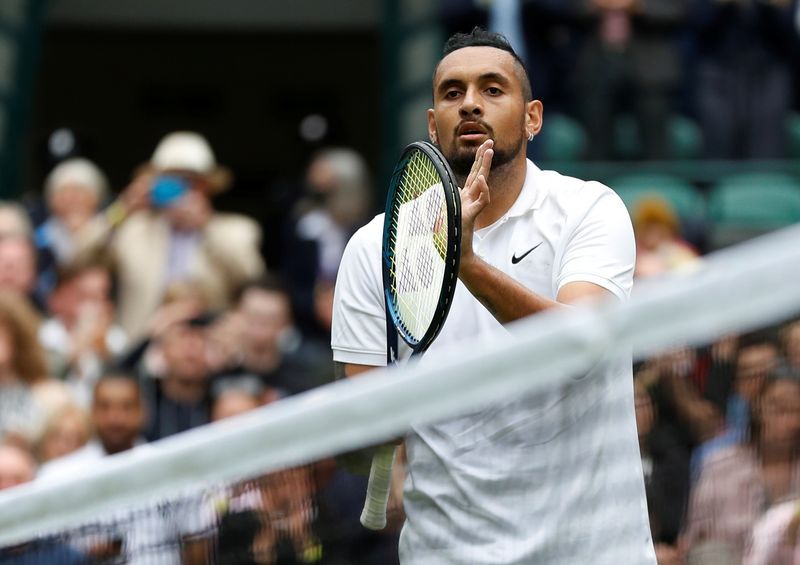 LONDON (Reuters) – Wimbledon is Nick Kyrgios’ first tournament since the Australian Open and only his third since the COVID-19 pandemic shut down the Tour last year but the unseeded showman has hardly shown signs of rust after storming into the third round.

Kyrgios’ match against Canada’s Felix Auger-Aliassime will be only his ninth of the year but he sent out a warning when he ousted 21st seed Ugo Humbert in the first round in what was the Australian’s first match on grass in two years.

Long seen as a precocious talent who always let his emotions bring the worst out in him, Kyrgios has found a way to take that burden off his shoulders and conjure scintillating tennis at the All England Club — playing carefree without any goals.

“I just don’t put that much pressure on myself any more, I’m okay with that. I’m okay with not winning Grand Slams,” Kyrgios said. “I know that’s going to make a lot of people angry. ‘He should be doing this,’ but I shouldn’t, though.

“It’s not your life, it’s mine. I’m okay with just enjoying myself, putting on a show. Not everyone can be a (Roger) Federer or (Novak) Djokovic. These are once-in-a-decade athletes that inspire millions of people, they’re just gods.

“You have to have some people, I believe, that are relatable, that people can bring other fans to watch, like people that are just normal. I feel like I’m one of those people.”

That has been on display with members of the crowd coaching him between points.

“I’m quite lighthearted. Yeah, they know it’s a bit of a show. They just want entertainment at the end of the day,” he added.

Auger-Aliassime beat Kyrgios in a close contest in their only meeting two years ago at Queen’s Club but the 20-year-old is not taking things lightly.

“Nick is a great player, a great entertainer. I think he’s good for tennis. He seems focused and playing well the last few matches,” the Canadian said. “He has everything that a player needs to play well, especially on grass, he serves amazing.”

While the Swiss can usually count on having most of the crowd support no matter where he plays, on Saturday there might be more of a split.

“I understand if they cheer for him and if it is for me it is because of the last 20 years and all the big wins I’ve had here,” Federer said about his showdown with the Queen’s Club runner-up.

“But enough now, he needs to go out. I need to go through,” he added with a laugh.

American teenager Coco Gauff will look to move into the Wimbledon quarter-finals for the first time when she takes on Slovenia’s Kaja Juvan, while top seed Ash Barty is up against Czech Katerina Siniakova.

Menopause: A reminder to take better care of ourselves

England v Wales: England’s Manu Tuilagi ruled out against Wales because of injury

US actor Sinbad learning to walk again 2 years after suffering...