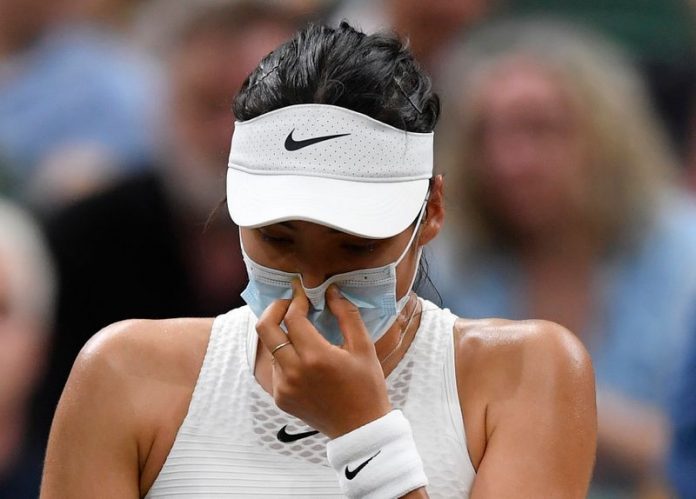 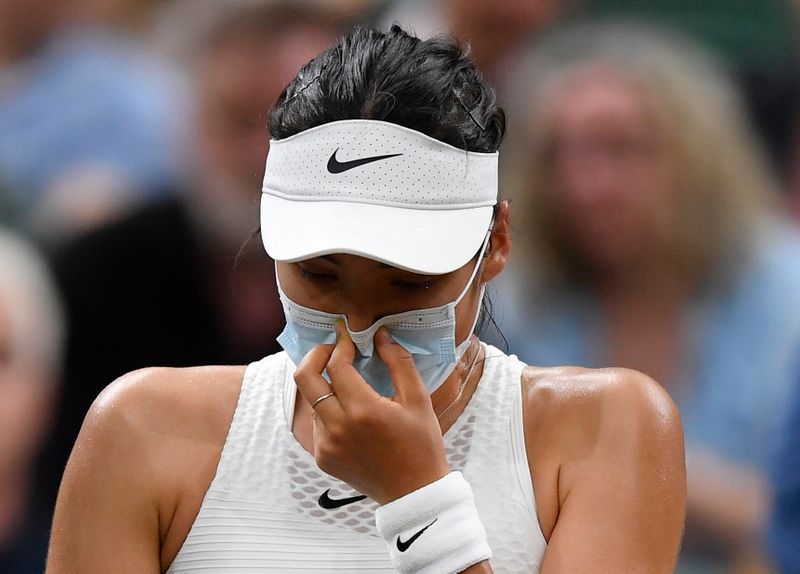 (Reuters) – Andy Murray has defended British teenager Emma Raducanu after John McEnroe and several others said the 18-year-old wildcard pulled out of her Wimbledon last-16 match on Monday because she could not handle the pressure.

Raducanu’s remarkable Wimbledon debut ended in distressing circumstances as she was forced to retire against Australian Ajla Tomljanovic after suffering breathing difficulties in the second set.

“At the end of the first set, after some super intense rallies, I started to breathe heavily and felt dizzy,” Raducanu said on Twitter https://twitter.com/EmmaRaducanu/status/1412423562577780746 on Tuesday.

“The medical team advised me not to continue and although it felt like the hardest thing in the world not to be able to finish my Wimbledon on the court, I was not well enough to carry on.”

Two-times Wimbledon champion McEnroe had suggested on BBC that the occasion “got a little bit too much” for Raducanu and compared her anxiety with Naomi Osaka’s mental health struggles.

Osaka had withdrawn from the French Open after the first round and skipped the grasscourt swing for the sake of her mental well-being but Murray said McEnroe was quick to jump the gun without understanding why Raducanu had breathing issues.

“I think some of what he said was fair yes,” Murray said on Twitter https://twitter.com/andy_murray/status/1412384229602824194. “However the timing of it was a bit off considering nobody had any clue what her issue was injury/illness/breathing issues etc at the time of his comments.”

Former England cricketer Kevin Pietersen said sport was about “dealing with pressure, bad form, (and) negative media” but Murray said that was not the case with Raducanu.

Pietersen later said he had “no clue about the context” and did not know the circumstances surrounding the discussion on Twitter.

Raducanu is ranked 338 in the world and two months ago she was sitting school exams. Until a month ago she had not even contested a match on the main WTA Tour.

“We were very sad to see Emma forced to withdraw from her match last night and wish her all the best with her recovery,” Wimbledon organisers said in a statement.

“She should be commended for the poise and maturity she has shown throughout the Wimbledon fortnight and we very much look forward to welcoming her back to Wimbledon next year and in the years to come.”

Tomljanovic, who had a row with Jelena Ostapenko when the Latvian took a medical timeout in their third round encounter, said McEnroe’s comments were “harsh”.

“I can’t imagine being in her (Raducanu’s) shoes at 18, playing a fourth round in your home country. It’s something I can’t even imagine,” she said.

“For him to say that, it’s definitely harsh. I have experienced something similar but not to that extent. I know that it’s a real thing.”

Mayfair diamond thief ordered to pay back £250 after £4.2m haul

Liz Truss and Joe Biden: The big issue that could derail UK/US relations