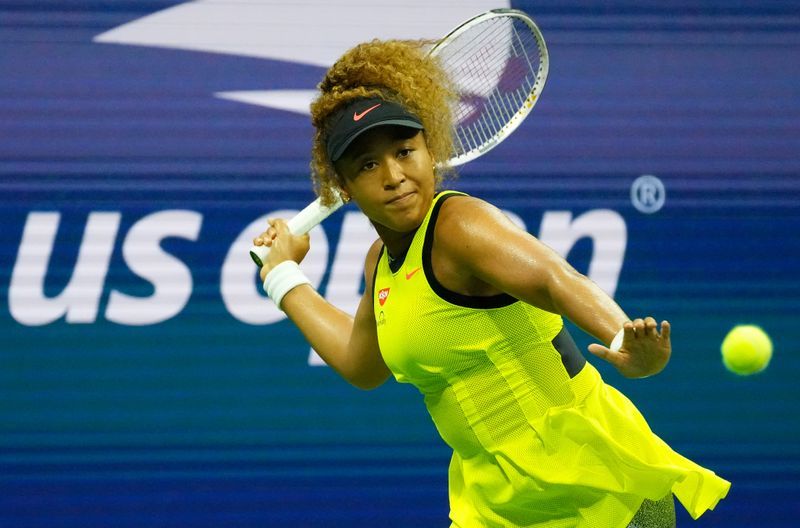 NEW YORK (Reuters) – Defending U.S. Open champion Naomi Osaka said on Monday she had put undue pressure on herself by constantly striving for perfection and that going forward she wanted to stop picking holes in her own performances and be happy with trying her best.

Osaka, who began her Flushing Meadows title defence with a 6-4 6-1 win over Czech Marie Bouzkova, withdrew from this year’s French Open after being fined and threatened with expulsion for refusing to do media duties.

The former world number one had said facing the media contributed to the mental health issues she had struggled with for years.

She told reporters on Monday she was her own worst critic.

“I tell people that I’m a perfectionist,” said Osaka, who beat American great Serena Williams to win the first of her four Grand Slam titles at the U.S. Open in 2018.

“I think for me something that’s less than perfection, even though it might be something great, is a disappointment.

“I don’t really think that’s a healthy way of thinking. So something that I really wanted to change,” she added.

The 23-year-old said she wanted to be happy with knowing that she had tried her best at the U.S. Open, and that even if she made mistakes she would learn from them and keep on playing.

“It’s not really a tournament thing, it’s more like a life thing. Like I hope I can keep this mindset throughout my life going forward,” she added.

Osaka had said on social media at the weekend she intended to celebrate her own achievements more and told reporters on Monday it was important to believe in herself more.

“For me, one of the biggest things is hearing a little kid telling me that I’m their favourite player or I’m a role model. Instinctively the first thought in my mind is like, ‘Why?’

Tennis: Tennis-Second seed Medvedev cuts Opelka down to size to reach fourth round