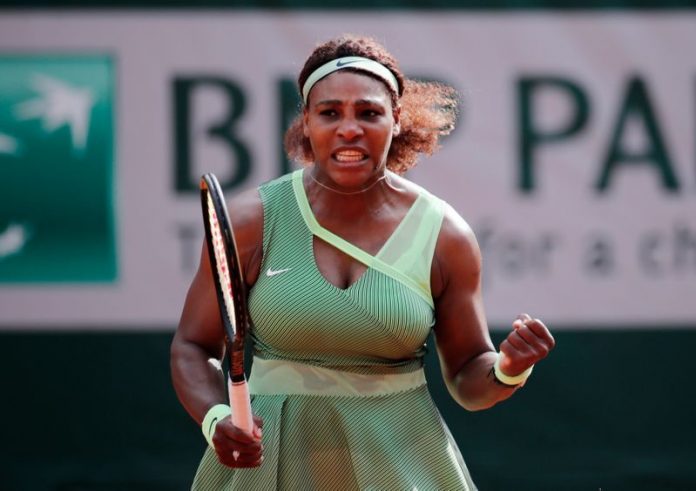 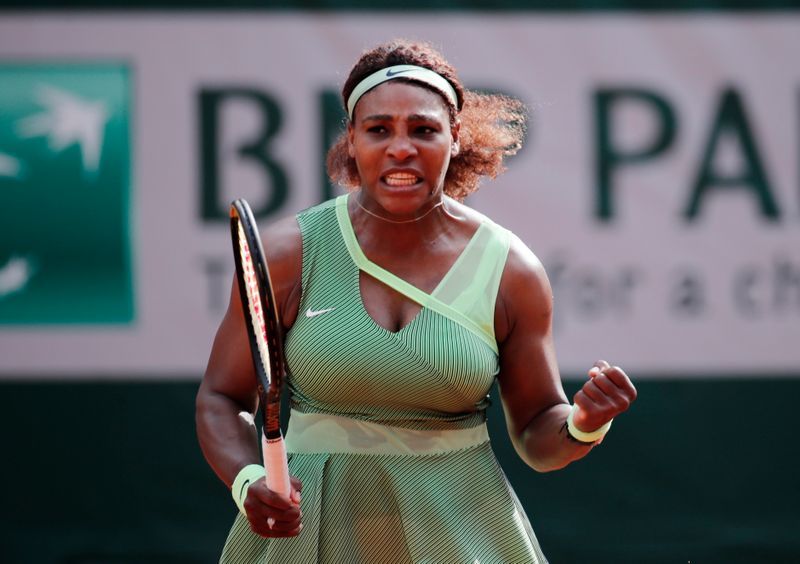 PARIS (Reuters) – Serena Williams powered confidently into the fourth round of the French Open with a 6-4 6-4 defeat of fellow American Danielle Collins on Friday as the draw opened up enticingly.

The 39-year-old seventh seed produced a calm and composed display against a dangerous opponent and is now the highest-ranked player left in the bottom half.

Williams, seeking a record-equalling 24th Grand Slam singles title, but first since 2017, will play Kazakhstan’s 21st seed Elena Rybakina for a place in the quarter-finals.

A hard-hitting contest featured 40 winners and the opening games included a barrage from both players with Collins clearly deciding her best policy was to fight fire with fire on Court Philippe Chatrier.

Collins saved three break points at 1-1 from 0-40 but found herself in trouble again at 3-3 and this time Williams angled away a volley after being dragged in by a dropshot.

Again Collins showed guts to save a set point at 3-5 and Williams then wobbled serving at 5-4 with consecutive double faults before recovering to seal the opener with an ace.

When Williams broke at the start of the second set it looked as though she might race away with the contest but 50th-ranked Collins found another gear to reel off four games in a row as the errors began creeping into the Williams’s game.

Trailing 1-4 Williams responded by raising the decibel level, scolding herself even after winning points, and suddenly she began firing on all cylinders again.

The 27-year-old Collins began to look ragged and dropped serve to love at 4-4 before Williams claimed victory to reach the last 16 in Paris for the 13th time.

JPJ to open during weekends starting from August 13