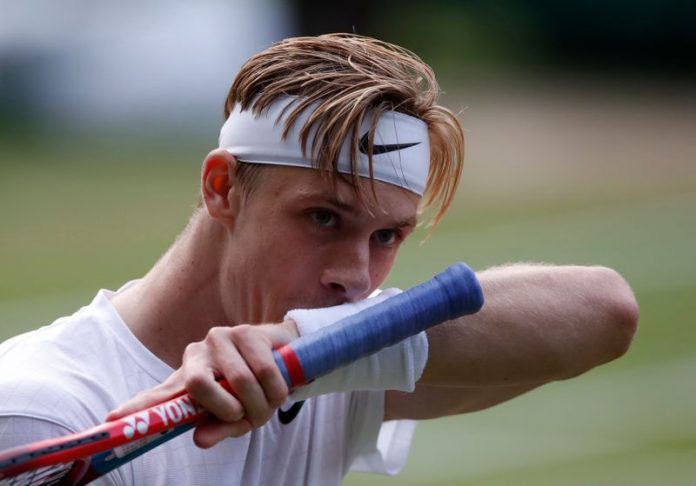 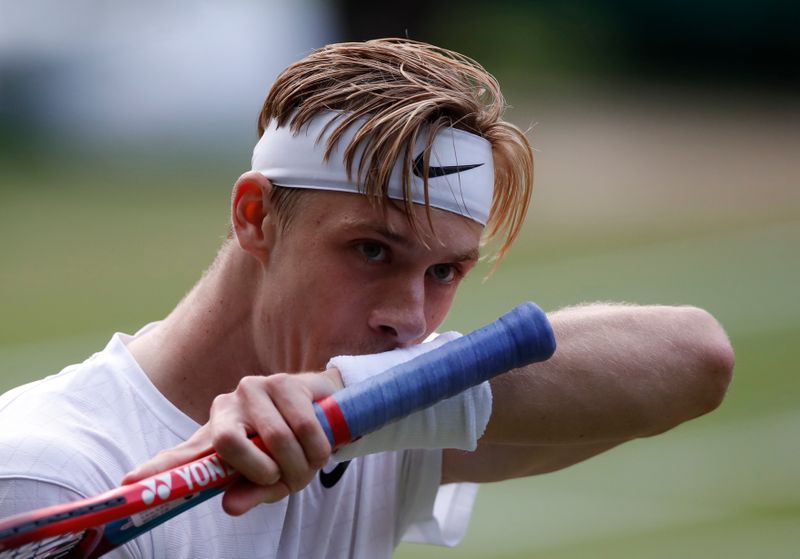 LONDON (Reuters) – The scoreline might suggest otherwise but Denis Shapovalov knew how close he was to causing a major shock and knocking Novak Djokovic out in the Wimbledon semi-finals on Friday.

Five-time champion Djokovic admitted he had been outplayed at times by the 22-year-old Canadian who lit up Centre Court in his first Grand Slam semi-final.

But for a few crucial points here and there Shapovalov could have been planning for a Sunday showdown against Matteo Berrettini, instead he lost 7-6(3) 7-5 7-5.

He looked crestfallen as he left the arena to a huge ovation and explained afterwards why the tears had flowed.

“I think what hurt so much this time was just that I felt like the game is there and it’s possible to go and play for the trophy,” Shapovalov, who has shown over the past fortnight that he is finally blending his natural flair with a tougher mentality, told reporters.

“It’s a feeling I’ve never had before, so that’s why it just hurt so much. I felt like I was outplaying Novak in parts of the match. If you’re outplaying Novak, you can beat anyone.

“In terms of how I felt after the match, it sucked. I felt terrible. And I still do feel terrible. I felt like I had chances today. I felt like it could have gone my way. So the fact that it didn’t, it’s heartbreaking.”

When Shapovalov needed five sets to beat German veteran Philipp Kohlschreiber in the first round here it lit the fuse for his best run at a Grand Slam as he outclassed two-time Wimbledon champion Andy Murray in round three, then did the same to gritty Spaniard Roberto Bautista Agut in the last 16.

On Wednesday he overcame Russian powerhouse Karen Khachanov in another five-setter. But Djokovic proved a step too far.

The world number 12 said he will take great heart from his Wimbledon run, even if he fell just short of becoming only the second Canadian man to reach the final.

“For sure there’s a lot of things to be proud for myself. For sure it’s almost good to have a little bit of a taste because it just makes me want it that much more going into the next slams and into the future,” he said.

“Now I know exactly what I’m capable of and where my game can be at. If anything, this has made me more hungry to try to win a trophy.”

Football: Soccer-Centurion Lukaku sets Belgium on their way to convincing win over Czechs

Cameron Diaz doesn’t wash her face … or care what she looks like at...