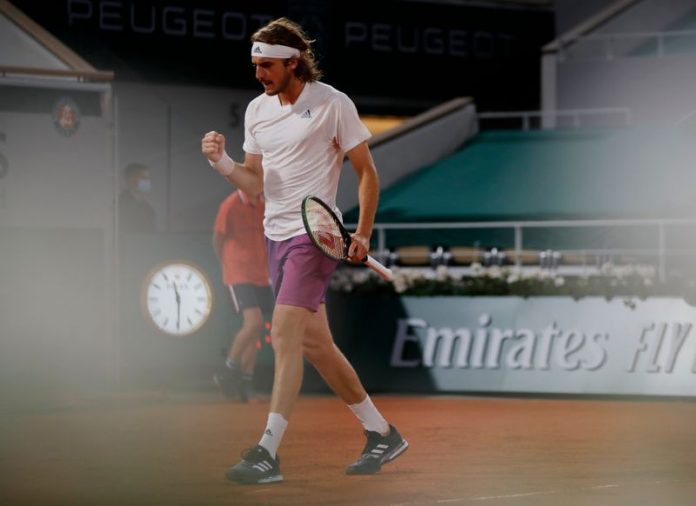 PARIS (Reuters) – Stefanos Tsitsipas held off a late challenge from Spanish 12th seed Pablo Carreno Busta to advance into the quarter-finals of the French Open with a 6-3 6-2 7-5 victory on Sunday.

The Greek, who won two titles on clay in the lead-up to Roland Garros, was barely troubled in the first two sets, often charging to the net and easily reading his opponent’s serve.

But a lack of precision in key moments allowed Carreno Busta to threaten a comeback in the third, only for the fifth seed to tighten his grip again and make sure he wasted little time on court Philippe Chatrier.

“The fans love it, I love it, I love playing with people, I love attention,” Tsitsipas, who played his previous match in an empty stadium because of the local nine p.m. COVID-induced curfew, said in a courtside interview.

“It’s a privilege and a great sensation for me. Today it was working good for me, I felt like my tactics were working even if I missed some of my drop shots.”

Tsitsipas moved 4-0 ahead in a near-perfect start with Carreno Busta looking unable to find his range.

The second set went through in the blink of an eye but Carreno Busta, who reached the last eight at Roland Garros last year, mixed up his game to move 4-1 up in the third as Tsitsipas failed to convert his breaking opportunities.

The Greek, however, just had to move up a gear to turn it around, and he wrapped up the win with a crosscourt forehand winner.

The Papers: 'My heart is with you', and PM 'toxic for Tories'