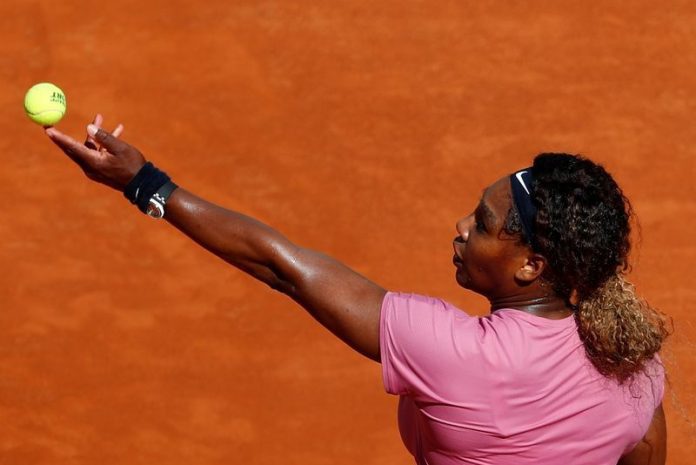 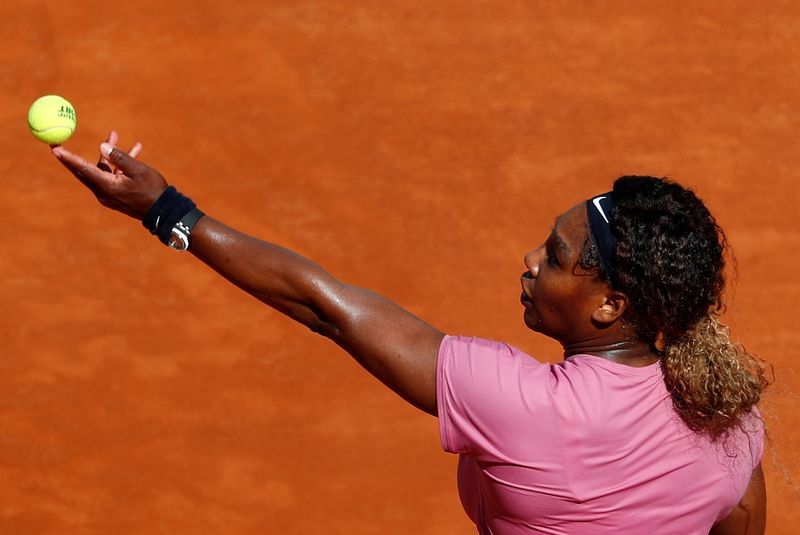 (Reuters) – Serena Williams is unlikely to win a record equalling 24th Grand slam title on the claycourts of Roland Garros, although her chance will come, the American’s long-time coach Patrick Mouratoglou told Reuters on Friday.

The French Open, which starts on May 30, has been the least rewarding of the four majors for Williams, who won the last of her 23 Grand Slam singles titles at the Australian Open in 2017.

The 39-year-old American has since reached four Grand Slam finals, but has failed to match Margaret Court’s long-standing record. She has not been past the fourth round at Roland Garros since 2016.

“Since 2018 she played Grand Slam finals on all surfaces other than clay,” Mouratoglou, who has been working with the former world number one since 2012, said in an interview.

“When you are playing Grand Slam finals you’re not that far from winning it. Of course, the last match is always the most difficult. There is this pressure when you play a match for history that you have to be able to handle.

“I would say that Roland Garros is the most difficult because it requires her to be at the top on the physical side and it doesn’t highlight her qualities in the same way. But I think on the other surfaces she will have her chance.”

Three of Williams’ majors have come in Paris but her strong serve and big ground strokes are blunted by the slowness of the claycourts.

She will go into the French Open with just a single win on clay this season – against 17-year-old Italian Lisa Pigato, ranked 512th in the world, but Mouratoglou stressed that the American rarely plays many events before a Grand Slam.

“If I answer you today I am not going to rate her chances really high because she’s lost the second round in the last tournament, and first round the one before,” the Frenchman said.

“So it’s difficult to say that she’s gonna win Roland Garros. But we still have 10 days to work so we got to take the best out of those 10 days and I know how much work she can do in a short period of time and how much she can improve.”

Williams has been training at Mouratoglou’s academy in Nice, which will also host eight of the top ATP players including Daniil Medvedev and Diego Schwartzman for the fourth edition of the Ultimate Tennis Showdown (UTS) from Monday.

Started during the 2020 shutdown, UTS, co-owned by Mouratoglou and previously attended by the likes of Dominic Thiem and Stefanos Tsitsipas, is played in a format like the tiebreaker in traditional tennis with each player having two serves in a row.

The upcoming edition will see players having only one serve and each match will consist of four eight-minute quarters.

Mouratoglou said his goal of building an unique product to attract new and younger fans to the sport has been achieved and in its first year in 2020 the league was watched by more than 20 million people and broadcast in over 100 countries.

“On the business side we’re starting a capital-raise campaign because we want to go next level next year. And for that we need some investors,” he added.

Cricket: Cricket-Australia need five runs to win after Sri Lanka bowled out for 113