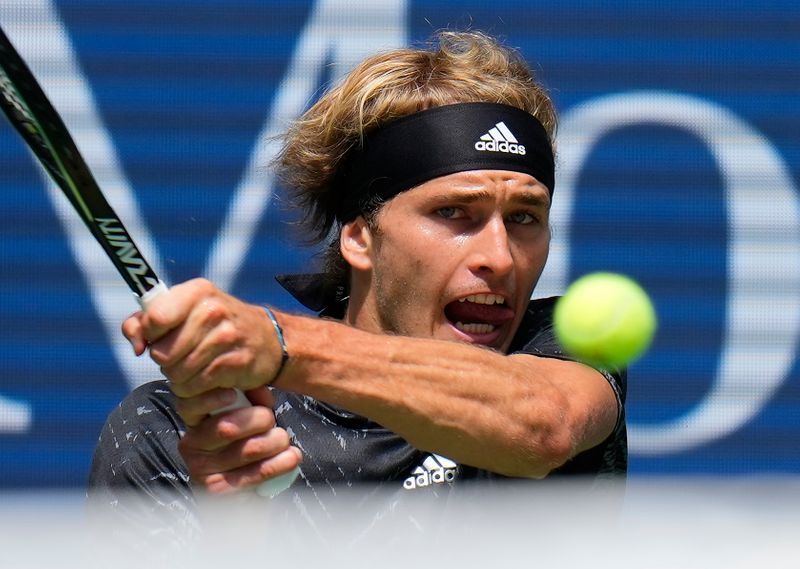 NEW YORK (Reuters) – German Alexander Zverev got his bid for a maiden major off to a smooth start by beating American Sam Querrey 6-4 7-5 6-2 in the first round of the U.S. Open on Tuesday.

Querrey kept the match close through the first two sets but was stymied by unforced errors as 2020 runner-up Zverev kept his game comparatively clean and fired off 25 winners.

The world number four went in for the kill in the third set and with the fifth game secured a double-break lead with the momentum squarely in his favour, never facing a break point himself during the entire match.

In a showdown between two six foot six inch (1.98-metre) power servers, Zverev’s consistency proved critical and he won 90% of his first-serve points compared to 70% for Querrey, who fended off three match points in the seventh game but was nonetheless defeated in a brisk one hour and 40 minutes.

Zverev, who was two points away from winning a year ago before Dominic Thiem rallied to victory, is among the younger cohort hoping to upset world number one Novak Djokovic’s bid for a calendar-year Grand Slam.

“Novak is chasing history,” said Zverev. “But I think the guys are going to try and get in the way of that and I’m looking forward to maybe giving him a challenge as well.”

The win extended his unbeaten streak to 12, after he beat Djokovic in the Tokyo semi-finals to win Olympic gold and walked away with the Western & Southern Open title earlier this month.

“I hope in two weeks’ time I’ll be on an 18-match winning streak,” he told the crowd at Arthur Ashe Stadium.

He faces Albert Ramos-Vinolas of Spain or Lucas Pouille of France in the second round.

Facebook launches VR remote work app, calling it a step to the ‘metaverse’