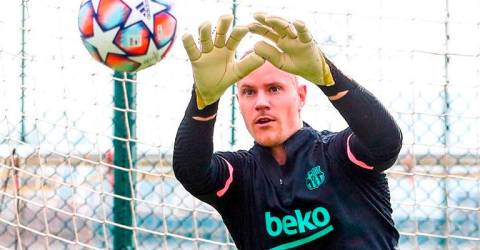 BARCELONA: Barcelona have been boosted by the return of goalkeeper Marc-Andre ter Stegen from a long injury lay off, as the German was named in the squad for Wednesday’s Champions League game at home to Dynamo Kyiv.

Barca’s number one, who recently signed a contract with the club until 2025, has been out since undergoing knee surgery in August and his side have suffered badly in his absence.

They have failed to win their last four La Liga matches and Brazilian stand-in Neto made a terrible error in Saturday’s 1-1 draw at Alaves, which left Barca 12th in the standings and nine points behind leaders Real Sociedad.

Barca have made a strong start in the Champions League, however, and will be looking to make it three wins out of three when they host Dynamo. – Reuters

RM1,500 minimum wage to be implemented in one or two months, says Saravanan

US actor Sinbad learning to walk again 2 years after suffering stroke: ‘I will...