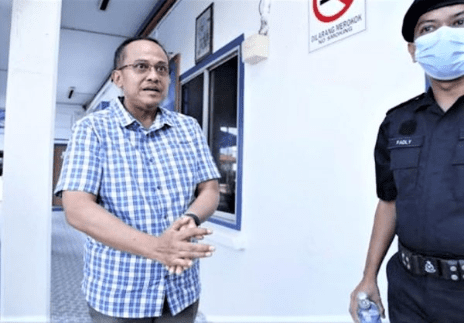 Ahmad Samsuri was reported to have arrived at the station at about 4 pm, and pictures of his arrival were also posted on the Terengganu Police’s official Facebook page.

Terengganu Police chief Datuk Roslee Chik, when contacted by Bernama, said Ahmad Samsuri was present to record his statement in connection to a picture of him standing with several men at the house of Terengganu Umno Liaison Committee chairman Datuk Seri Ahmad Said on Friday.

“Ahmad Samsuri had come to the police headquarters to record his statement and cooperate. We will investigate the case under Section 6 of the Prevention and Control of Infectious Diseases Act 1988,” he said.

On Friday, a picture of Ahmad Samsuri and several other men went viral on social media, and he was alleged of going against the social distancing rule enforced under the MCO. – Bernama