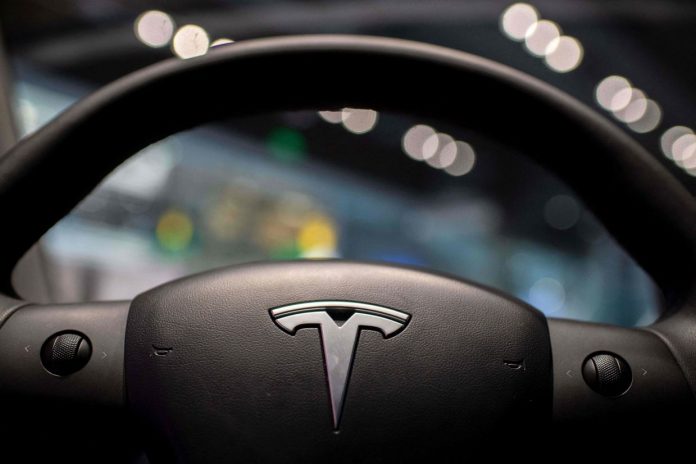 California authorities interviewed a Tesla Inc. engineer and concluded from his statements that Chief Executive Officer Elon Musk overstated the capability of Autopilot, the company’s driver-assistance system, early this year.

The clarification was described in a series of records the California Department of Motor Vehicles released to the legal-advocacy group PlainSite, which published the documents Thursday. According to a March 9 memo, DMV officials asked CJ Moore, a director of Autopilot software, about Musk’s claims that Teslas would be capable of fully autonomous driving this year.

“Elon’s tweet does not match engineering reality per CJ,” Miguel Acosta, chief of the California DMV’s autonomous vehicles branch, wrote in the memo. Musk tweeted and spoke during an earnings call in January about his confidence that Tesla could achieve full autonomy as soon as this year.

While Musk has said for several years he believes Tesla is on the verge of delivering Level 5 autonomy — meaning its cars won’t require human intervention — drivers have needed to keep their hands on the wheel when using Autopilot.

Tesla raised more than US$2bil (RM8.24bil) two years ago after Musk made several predictions about robotaxis that didn’t materialise.

“Tesla is at Level 2 currently,” Acosta wrote in the memo in March. “Tesla indicated that Elon is extrapolating on the rates of improvement when speaking about L5 capabilities. Tesla couldn’t say if the rate of improvement would make it to L5 by end of calendar year.”

The memo is a rare window into how Autopilot engineers have had to square the high expectations set by their hard-driving boss with regulators’ concerns.

Last month, the National Highway Traffic Safety Administration and the National Transportation Safety Board said they would investigate a fatal crash in Texas involving a Tesla that crashed into a tree. No one was in the driver’s seat, according to police and a fire marshal report.

Four days after that incident, the California DMV sent a letter to Eric Williams, Tesla’s associate general counsel, encouraging the company to “provide clear and effective communication to customers, buyers and the general public” about its Autopilot features, their capabilities and how they should be used.

“As Tesla is aware, the public’s misunderstanding about the limits of the technology and its misuse can have tragic consequences,” Acosta wrote. – Bloomberg

OKU Staff Alleges Discrimination At McD’s As Colleagues Refer To Him By Numbers, Not...

Cricket: Cricket-Four dogs and a dream: how a ‘cricket nomad’ is coping in Kyiv

Rugby: Rugby-Curry starts for England but Dombrandt among the replacements