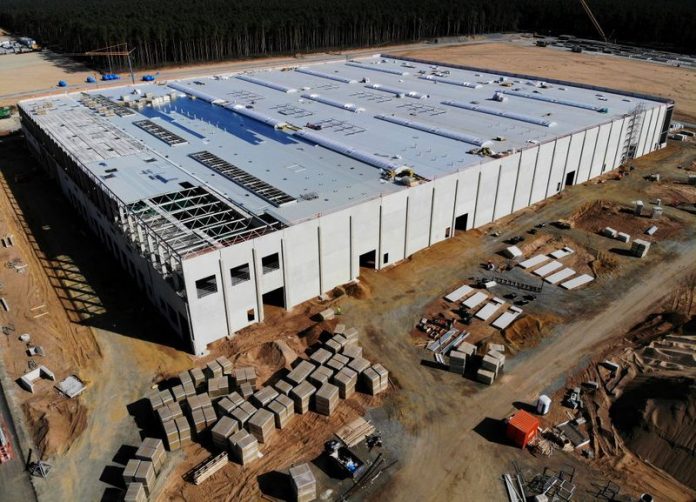 FRANKFURT (Reuters) – Tesla on Thursday revised its application for a planned gigafactory in Europe to include details for plans to produce battery cells on site and an expansion of other production lines, German officials said.

It also includes plans to reduce water consumption so that usage remains constant compared to earlier proposals despite the expansion.

Tesla has sharply criticised the lengthy regulatory processes in Germany and has pushed back the factory’s opening date.

The agricultural and environment ministry of the state of Brandenburg had already flagged that Tesla would tweak its application for the construction of its planned factory, located in Gruenheide outside Berlin.

Tesla said in April that its plans were moving forward, with production and deliveries “on track for late 2021”. But that was later than previous plans for July 1.

Authorities will now decide whether the public needs to weigh in on the new plans given the scope of the changes. A decision on that is expected in days, the ministry said.

Tesla did not immediately respond to requests for comment.