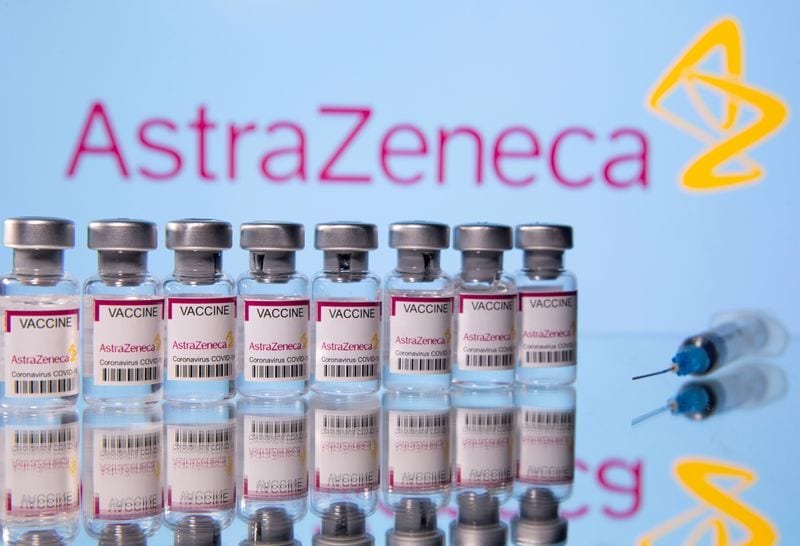 BANGKOK (Reuters) – Thailand is considering regulating the volume of locally manufactured AstraZeneca COVID-19 vaccines for export, a health official said on Wednesday, a move that could impact supplies to other Asian countries.

The health ministry will talk to AstraZeneca with the aim of securing a sufficient amount locally before issuing the order, said Nakorn Premsri, Director of the National Vaccine Institute.

“Right now we will talk with the vaccine manufacturer so they can deliver the vaccine to Thailand in a suitable manner that matches the outbreak situation in the country,” Nakorn told reporters.

Thailand is suffering its worst coronavirus outbreak yet, with more than 8,000 new cases reported on many days this month, putting a strain on healthcare and testing capacity in the densely populated capital Bangkok and surrounding provinces.

AstraZeneca did not immediately respond to a request for comment on Thailand considering regulating vaccine exports.

Thailand has been producing the AstraZeneca vaccine since June and will export it to several other countries in Southeast Asia, as well as Taiwan. The Philippines and Malaysia are among countries that have experienced delays in delivery.

AstraZeneca had previously said that one third of its production capacity by its local partner, royal-owned Siam Bioscience, would be allocated to Thailand.

It delivered 6 million doses, as promised, to Thailand in June when the country’s mass vaccine rollout started, but it has so far fallen short of delivering the 10 million monthly doses that were expected from July onwards.

Thailand has recorded nearly 363,000 COVID-19 cases and 2,934 fatalities overall, the vast majority of those since early April, in an outbreak fueled by both Alpha and Delta coronavirus variants. .

Intrigue at WTCKL amid talk of Umno crisis