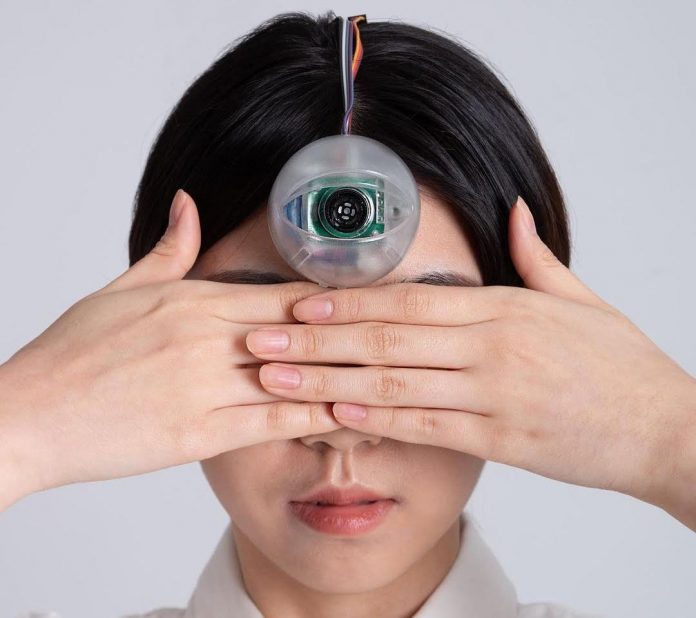 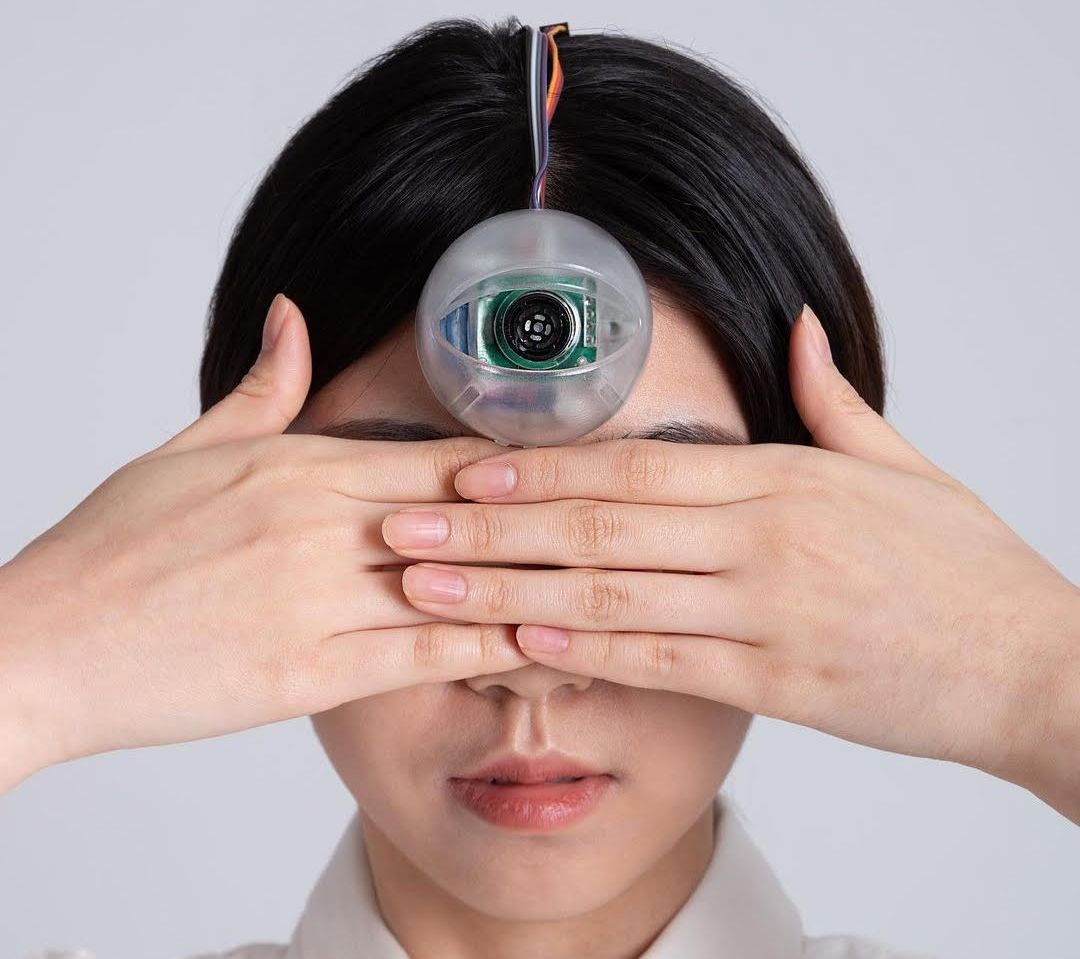 A South Korean design student has created a “third eye” prototype to guide mobile addicts who can’t look away from their smartphone while walking.

As a result, these so-called “Phono sapiens” could benefit from an extra eye that is automatically triggered when they look down.

In its current form, this third eye is anything but discreet, resembling a kind of big translucent plastic headlamp. It includes a gyroscope, a speaker and an ultrasonic sonar sensor to detect obstacles. It is placed on the forehead and opens automatically when you look at your smartphone. Similarly, it closes when you raise your head.

Its role is to detect obstacles and to warn users of their presence with a beep sound. Technically, the concept is based on the open source platform, Arduino.

Through this “ironic design” project, the South Korean student Minwook Paeng hopes that people will take a critical look at modern humans and their (bad) habits, which have made them evolve from Homo sapiens to “Phono sapiens.”

He is already working on other projects relating to this new development in human “evolution.” – AFP