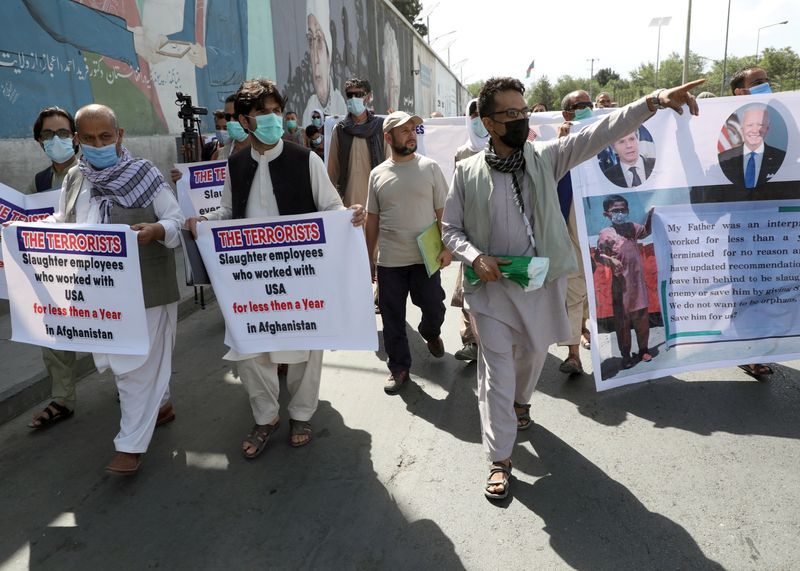 WASHINGTON (Reuters) – Thousands of Afghans who may be targets of Taliban violence due to U.S. affiliations but are ineligible for a Special Immigrant Visa (SIV) will have the opportunity to resettle as refugees in the United States, the State Department said on Monday.

Reuters exclusively reported on plans to set up the “Priority Two” refugee program, covering Afghans who worked for U.S.-funded projects and for U.S.-based non-government bodies and media outlets, earlier on Monday.

“In light of increased levels of Taliban violence, the U.S. government is working to provide certain Afghans, including those who worked with the United States, the opportunity for refugee resettlement to the United States,” the State Department said in the announcement.

“This designation expands the opportunity to permanently resettle in the United States to many thousands of Afghans and their immediate family members who may be at risk.”

Those who worked as employees of contractors, locally employed staff and interpreters and translators for the U.S. government or armed forces are eligible for the new designation, as well as Afghans employed by a U.S.-based media organization or non-governmental organization, the State Department said.

Other Sports: Ruthless Italy sweep past Czechs 4-0 in Euro 2020 warm-up