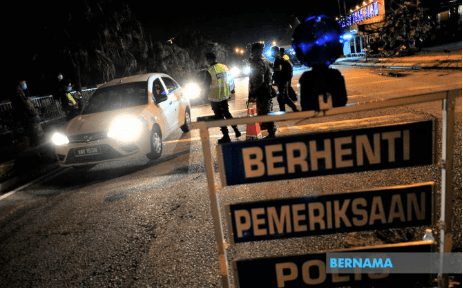 KUCHING: One hundred and twenty four individuals were arrested for defying the movement control order (MCO) throughout Sarawak in operations conducted from 8am on Friday to 8am yesterday.

State Deputy Commissioner of Police Datuk Dev Kumar said with the latest arrests, the total number of people detained for flouting the order in the state since March 18 has risen to 1,011.

“Kuching has the most offenders with 30 people followed by Kota Samarahan (19), Sarikei (13), Padawan (11), Miri and Bintulu (eight), Sibu (seven), Serian (six), Sri Aman and Meradong (five), Simunjan (four), Bau, Betong and Limbang (two), and one each in Tatau and Mukah,” he said in a statement yesterday.

Dev Kumar said 73 people were charged in court for flouting the order.

The latest figure brings the tally of individuals charged in court to 593.

In phase three of the MCO, police will no longer be issuing compound notices to those who disobey the order; instead they will be arrested, remanded and later charged in court.