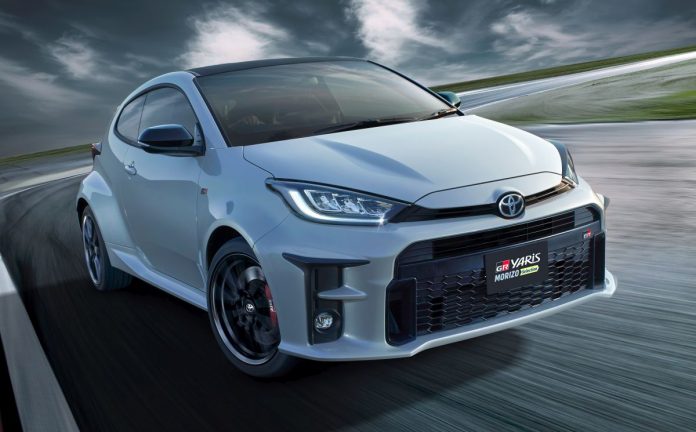 Toyota has introduced a GR Yaris variant called the ‘Morizo Selection’ in Japan, and aside from gaining special equipment, the edition will feature constant software updates from next year. These updates, which are aimed at improving performance of the car, will be made available exclusively through the automaker’s Kinto subscription service.

The Morizo Selection – which takes its name from Toyota president Akio Toyoda’s alter ego, a race car driver named “Morizo” – is based on the RZ “High performance” version of the car that is sold in the domestic market.

The variant adds on a Morizo emblem on the windshield as well as accoutrements from racing team Rookie Racing, which runs the GR Yaris competitively. There’s plenty of association between the automaker and the independent team – Toyoda, in his Morizo persona, has raced behind the wheel of the GR Yaris under Rookie Racing colours in the Super Taikyu Series domestically.

Besides Rookie Racing logos on the wheels and the door switch bases, the edition – which is avilable in Platinum White Pearl Mica, Emotional Red II and Precious Black Pearl – comes dressed with Rookie Racing-inspired colours for the seat stitching, coil springs and shock absorbers.

The automaker said that from spring of next year, the car will start gaining the latest software to optimise its driving, turning and stopping ability, and added that tailored personalisation, where individual sotware customisation based on customers’ driving data, is under consideration. Kinto subscription fees for the specific programme will start from 54,350 yen (RM2,050) a month.

Fed throws China a curveball just when it seeks stability

Cadillac Plans to Price Its Future Celestiq EV Around $300,000

Half a million Afghans could flee across borders – UNHCR