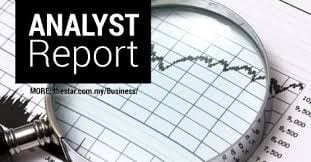 KUALA LUMPUR: Stocks that may see investor interest on Friday on the back of corporate news include Euro Holdings, Apollo Food

Apollo Food has announced a temporary manufacturing stoppage for the second time this month to prevent the spread of Covid-19.

The external auditor of NPC Resources has issued a qualified opinion with material uncertainty on NPC’s ability to continue as a going concern.

It will pay RM15.22mil in cash and the balance via the issuance of 33 million new shares in Advancecon at 46 sen apiece.

LKL International said it has decided to conduct its private placement of 30% of its issued share capital before its one-for-one bonus issue.

The group wanted to raise RM56.81mil, of which RM54.21mil will be used to set up a new business in trading of rubber gloves and personal protective equipment.

MQ Technology has proposed a private placement of up to 182.81 million new shares, representing not more than 20% of its share capital, to raise up to RM10.97mil.

The proceeds from the placement will be used to renovate its factory, repay unsecured loan, and for working capital.

The group said that the new secured orders are from the existing customers who are global players in the segments of electric vehicle and battery (RM42.5mil), and hard disk drive, electronics and semiconductor (RM5.4mil).