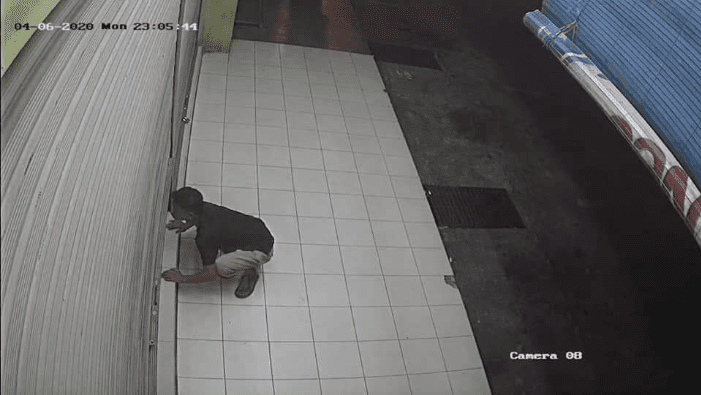 During the arrest, the police also seized three knives and a packet of powder believed to be syabu from the suspects.

Early investigation found that they had past criminal records including theft, robbery and breaking and entering in the district.

All the suspects are now remanded and the case is being investigated under Section 457 of the Penal Code, the Dangerous Drugs Act 1952, and Regulation 11 (1) of the Prevention and Control of Infectious Diseases (Measures within the Infected Local Areas) Regulations.

On Monday, the suspects allegedly robbed a 24-hour convenience store in Bandar Megah Jaya, mile 7, causing about RM5,000 of loss.

The suspects are believed to have broken into the store that was closed, and stolen a few boxes of instant noodles, food items, and medicines, before they drove off from the scene.

However, the suspects met with a police Motorcycle Patrol Unit at about 11.29 pm, whereupon they quickly left the car and fled the scene.

The stolen items inside the car and the car were seized and taken to Sandakan Headquarters Police Station for further investigation.

The owner of the store has lodged a police report and confirmed that the items were stolen from his store.

He also provided CCTV footage of the suspects.