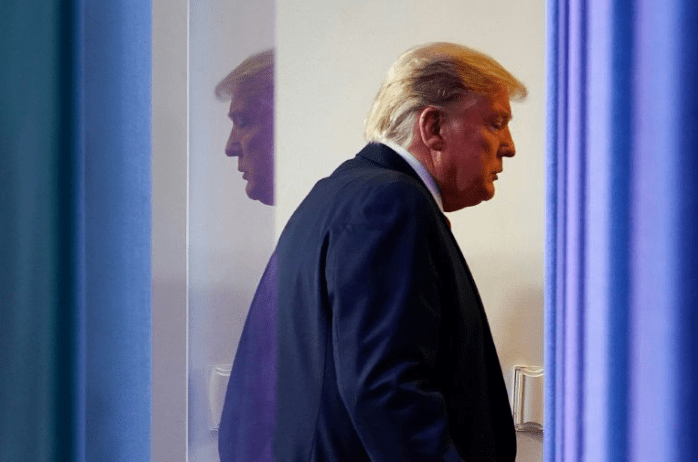 WASHINGTON: President Donald Trump’s plan to reopen the post-pandemic US economy, starting with the unveiling of a new task force Tuesday, was mired in controversy after he was accused of seeking king-like powers.

Facing a tough reelection in November, the Republican president is eager to get the world’s biggest economy back on its feet as quickly as possible.

But his threat to invoke disputed “total” constitutional powers to force state governors to follow his orders prompted an outcry.

Trump has so far bowed — often reluctantly — to resistance from medical experts who argue that relaxing social distancing and allowing people back to work prematurely would spark a coronavirus second wave.

With Tuesday’s expected White House announcement of the team tasked with setting up the reopening, Trump is taking a step closer to what he calls the “biggest decision” of his life.

For weeks, Trump has veered between calls for a sudden, large-scale reopening and cautious, case-by-case relaxation of mitigation measures. Recently he has hinted at some sort of shift in the situation starting May 1.

However, the economic powerhouses California and New York, both led by Democrats, are announcing their own reopening plans, pushing back against the notion that Trump will set the pace.

California’s Governor Gavin Newsom, who has joined forces with Oregon and Washington, was set to unveil details for his post-pandemic plan later Tuesday.

On Monday at his daily press conference, Trump raised eyebrows when he insisted that he can override state governors and determine the reopening schedule.

“When somebody’s the president of the United States, the authority is total,” Trump said.

“It’s total. And the governors know that … They can’t do anything without the approval of the president.”

Until the coronavirus erupted across the United States early this year, after first sweeping from China to Europe, Trump had been banking on the strong economy and record low unemployment to win him another four years, despite a first term rocked by constant scandal and impeachment.

In a new warning sign for Trump’s campaign, the candidate he endorsed for a Supreme Court seat in the electorally crucial state of Wisconsin was defeated by a Democrat-backed challenger in a huge upset. – AFP