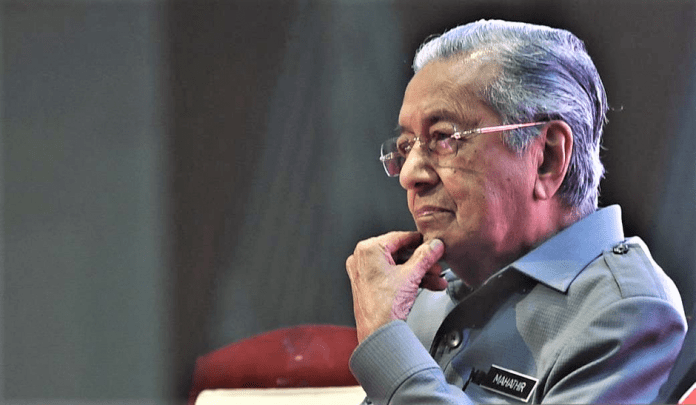 Such is the prediction of political analyst associate professor Dr Awang Azman Awang Pawi from the Department of Socio-culture, Academy of Malay Studies, Universiti Malaya.

He said if Parti Pribumi Bersatu Malaysia (Bersatu) returns to Pakatan Harapan (PH) as suggested by its vice president Datuk Seri Mukhriz Mahathir, it will see Dr Mahathir appointed as the prime minister and not Tan Sri Muhyiddin Yassin, unless Dr Mahathir himself rejected the appointment.

“It’s Tun Dr Mahathir who will be appointed as the next prime minister, not Datuk Seri Anwar Ibrahim and also not Datuk Seri Muhyiddin Yassin,” opined Awang Azman.

Mukhriz had suggested recently that it was better for Bersatu to return to PH for its survival in the next general election, instead of remaining with the Perikatan Nasional (PN) coalition.

Awang Azman said it was difficult for Bersatu and Muhyiddin to survive until the 15th general election if the current open criticisms and conflicts on several issues by Umno leaders continued.

“Open criticisms and conflicts by Umno leaders on several issues are continuing while Umno still have stronger grassroots support compared to Bersatu, and PAS is just waiting to join any of the winning party,” he said.

Awang Azman, however agreed that there would be a problem as Bersatu might not want to work with DAP.

He believed that Dr Mahathir would want to return to PH because he wanted to improve democracy and reject a backdoor government.

According to Awang Azman, Mukhriz’s view for Bersatu to rejoin PH was to enable Muhyiddin and his supporters in Bersatu to return to PH.

He added that Dr Mahathir and Muhyiddin needed to work together because if their relationship continued to be cold, then Bersatu would break and not survive.

“Muhyiddin must strengthen Bersatu by bringing in Dr Mahathir and his supporters in Perikatan Nasional because Muhyiddin’s position as the prime minister without Dr Mahathir’s support is so fragile,” he said.

He also suggested that Muhyiddin needed to work closely with Anwar, adding that DAP was sincere and would not backstab its partners and political components except fighting for all races.

He noted that DAP was no more a Chinese or Indian-based party.