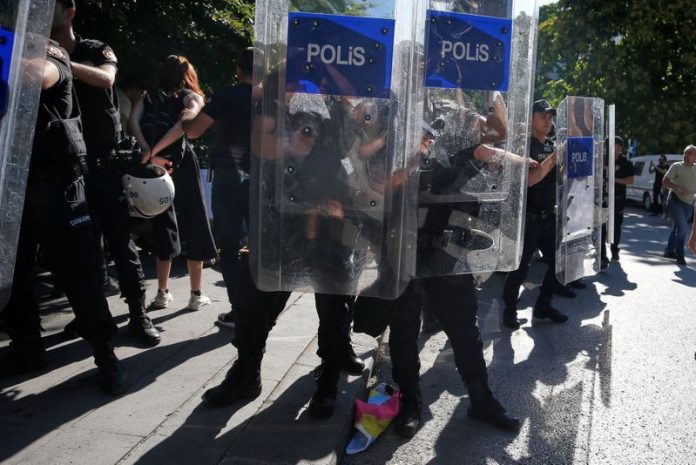 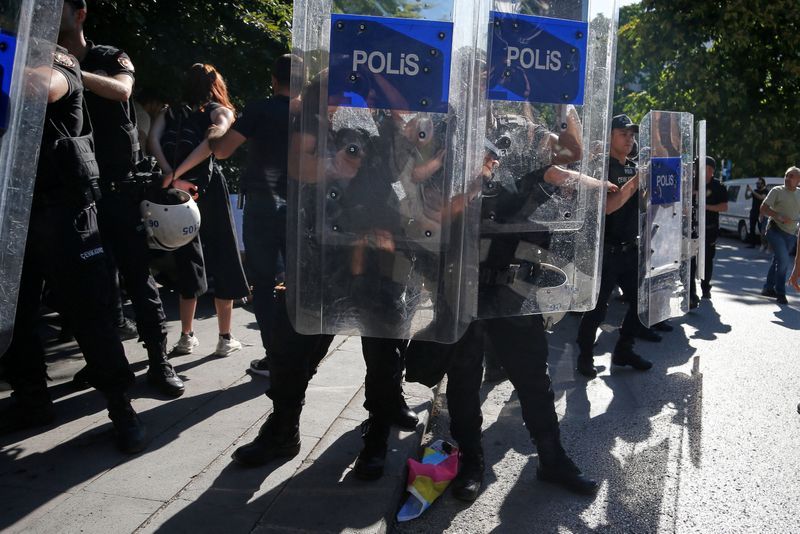 ANKARA (Reuters) – Turkish police used teargas and pepper spray to halt an LGBTQ+ Pride march in the capital Ankara on Tuesday, detaining at the least 36 individuals after authorities banned such marches in cities throughout the nation for safety causes.

Reuters journalists noticed police pepper spraying activists and dragging them throughout the bottom earlier than handcuffing them and placing them in buses. UniKuir, an Ankara primarily based group of LGBTQ+ activists, stated at the least 36 individuals had been detained.

Thousands of individuals used to attend annual Pride marches on Istanbul’s principal Istiklal Avenue, however in current years the federal government led by President Tayyip Erdogan and his Islamist-rooted AK Party has toughened its stance on homosexual rights.

Homosexuality just isn’t a criminal offense in Turkey, however hostility to it’s widespread and police crackdowns on Pride parades have been more and more more durable through the years.

Out of the shadows

Tennis: Tennis-Djokovic vows to use tough experiences to fuel his season