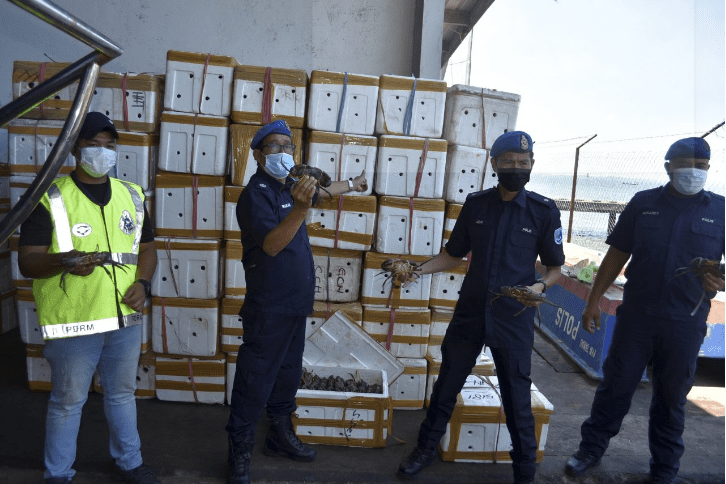 District commanding officer Deputy Superintendent Mohd Nazari Ismail said the two boats believed to have smuggled in the crabs from Sungai Nyamuk, Indonesia were detained at about 3.05am.

He said the two suspects also admitted that the crabs were from Indonesia before being transferred to their boats at Sebatik Island.

Nazari said the modus operandi is that the boat carrying the crabs from Indonesia would be docked at the border at Sebatik Island before being transferred to a Tawau-registered boat to elude the authorities.

He said the arrests and seizures yesterday were the first since the Movement Control Order (MCO) implementation.

He added each of the 250 boxes holds about 20kgs of live crabs estimated at RM80 per kg and the total seizure including the boats and the engines are estimated to be worth RM482,00.

The case is being investigated under the Prevention and Control of Infectious Diseases Act 1988 (Act 342) and can be punished under the same act.

Covid-19 quarantine centre at Eden Gardens to be operational soon