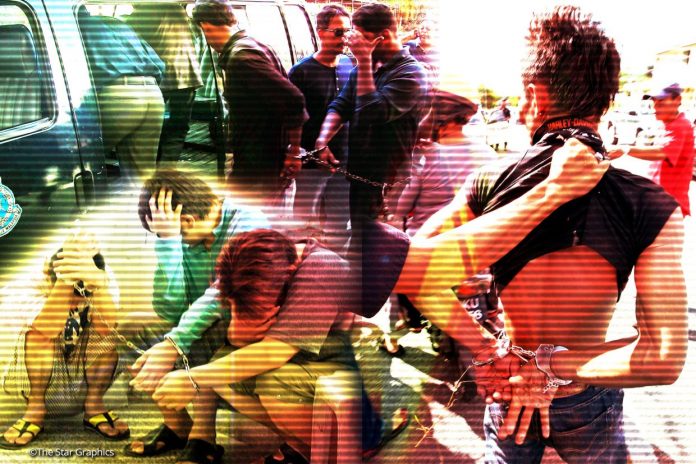 KUALA LUMPUR (Bernama): Two women under the influence of alcohol and drugs allegedly crashed their car through a police roadblock on the Federal Highway, and one of them punched a policeman as they were being apprehended after a chase.

The incident happened at about 3am as the women, in their 20s, were travelling from the federal capital to Petaling Jaya, said Petaling Jaya district police chief ACP Mohamad Fakhruddin Abdul Hamid.

The women did not slow down the car and stop at the roadblock but crashed through it and sped off.

However, policemen in a patrol MPV caught up with them at Jalan Universiti in Petaling Jaya, he said in a statement Thursday (July 8).

The woman who was driving the car became aggressive and punched one of the policemen who had approached them, he said.

ACP Mohamad Fakhruddin said the women were arrested and were being remanded for two days from today.

They are being investigated for crashing through the roadblock, assaulting a policeman, not complying with SOPs under Phase One of the National Recovery Plan and drug abuse.

The women had also tested positive for alcohol and ganja, he said. – Bernama