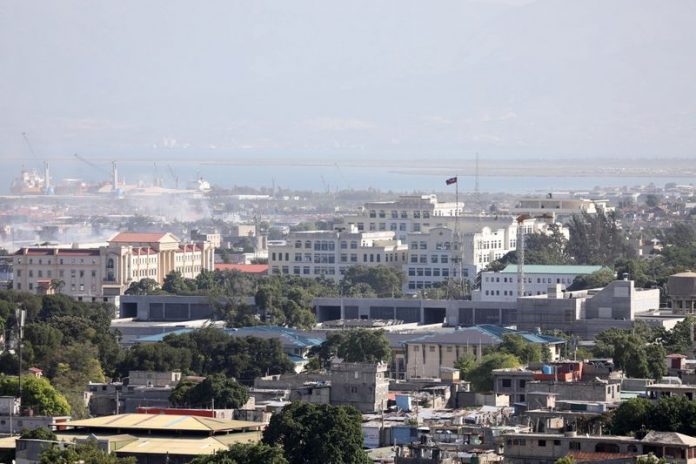 UNITED NATIONS (Reuters) -The U.N. special envoy for Haiti said on Thursday that Prime Minister Claude Joseph will lead the Caribbean nation until an election is held as she urged all parties to set aside differences following the assassination of President Jovenel Moise.

Moise’s death has generated confusion about who is the legitimate leader of the country of 11 million people, which shares the island of Hispaniola with the Dominican Republic.

U.N. special envoy for Haiti, Helen La Lime, said Joseph is in charge, citing the country’s constitution and adding: “There certainly are tensions. There are certainly people on all sides of this issue having different interpretations … That’s why it is important to dialogue.”

Speaking virtually to reporters in New York, La Lime said Joseph told her on Wednesday that he intends to stick to a plan to hold a first round of parliamentary and presidential elections on Sept. 26 with a second round in November.

“Stakeholders need to set aside their differences and to chart a common way forward and overcome this difficult moment in a peaceful manner,” said La Lime, speaking after she virtually briefed the U.N. Security Council in a closed-door meeting.

Moise, 53, was shot dead early on Wednesday at his home by what officials said was a commando of trained killers, pitching the poorest country in the Americas deeper into chaos amidst political divisions, hunger and widespread gang violence.

La Lime said the Security Council discussion centered on a request by Haiti for additional security assistance, but added: “Haiti needs to specify exactly what it is that they’re after.”

A U.N. peacekeeping mission – meant to restore order after a rebellion toppled then-President Jean-Bertrand Aristide in 2004 – ended in 2019 with the country still in disarray.