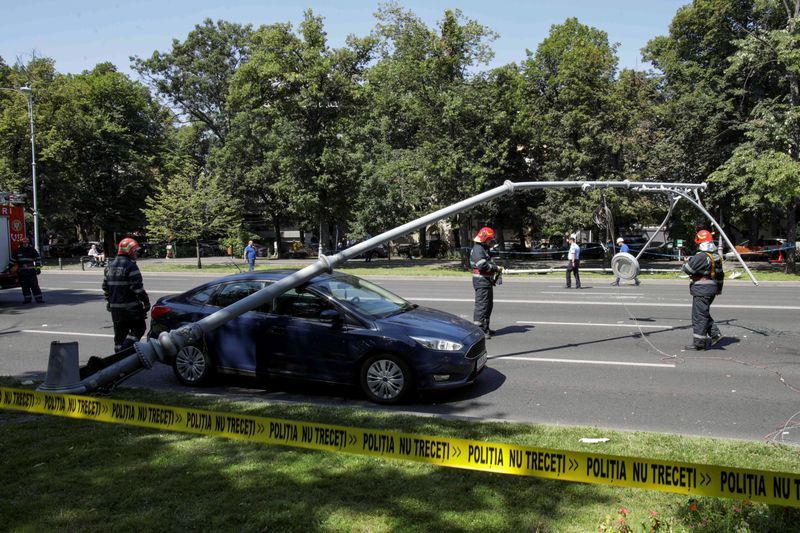 BUCHAREST (Reuters) – A Black Hawk helicopter belonging to the U.S. military made an emergency landing on a Bucharest street on Thursday, tearing down two public street lights and stopping traffic but making no casualties.

The helicopter was part of a group of six which were rehearsing ahead of events to mark Romanian Air Force day and the end of Romanian military presence in Afghanistan on July 20-21. Footage from eyewitnesses show it suddenly losing altitude and flying low above cars until landing nearby in a downtown roundabout which traffic police had cleared.

The helicopter signalled it was having technical difficulties, traffic police said.

“We are working with our Romanian partners to resolve the situation and we will provide more information as it becomes available,” the U.S. embassy said in a statement.

Military prosecutors were at the site of the landing and investigating the causes. Traffic will be restricted until the helicopter is removed.

“Both ceremonies will be held but without any participation of military aircrafts,” Spinu said.