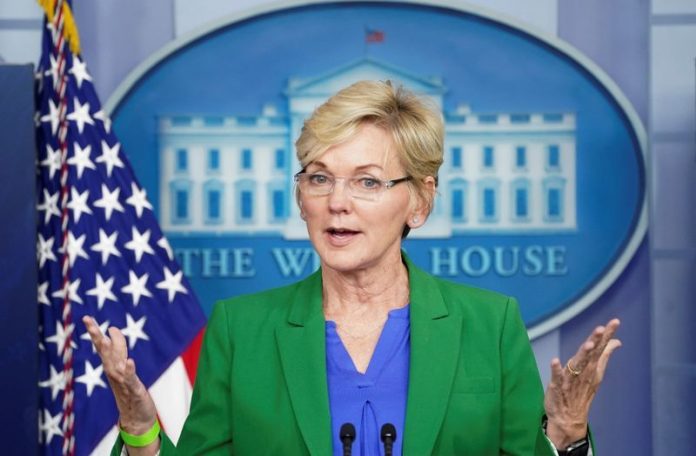 Adversaries of the United States have the ability to shut down the country’s power grid, Granholm said, saying there are “thousands of attacks on all aspects of the energy sector”.

Pressure is mounting for both the U.S. government and the private sector to better guard against cyberattacks following an attack on the world’s largest meatpacker last weekend and one in May targeting the largest fuel pipeline in the United States.

“We have all got to up our game with respect to cyber-defenses,” she said in an interview with CNN.

The “bottom line is, people – whether you’re private sector, public sector, whatever – you shouldn’t be paying ransomware attacks, because it only encourages the bad guys.”

In a separate interview on Sunday, Granholm said while she opposes such payments, she is not sure that U.S. President Joe Biden or Congress is prepared to make ransomware payments illegal.

Companies should be required to report ransomware attacks, Democratic Senator Mark Warner from Virginia said in an interview with NBC on Sunday, though he stopped short of saying he supported making such payments illegal.

After verification freeze, here’s how you can get Twitter’s blue check mark