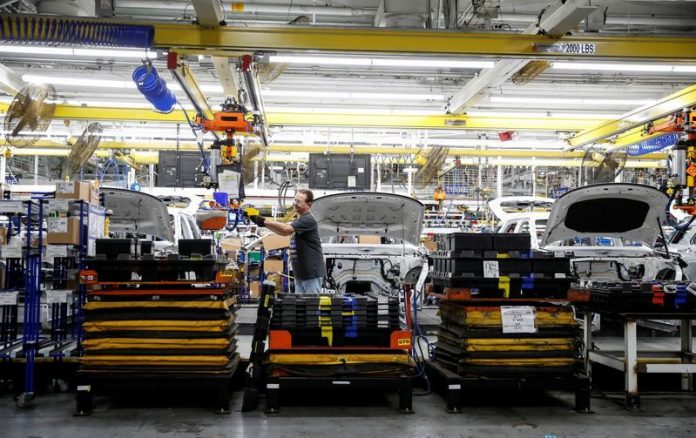 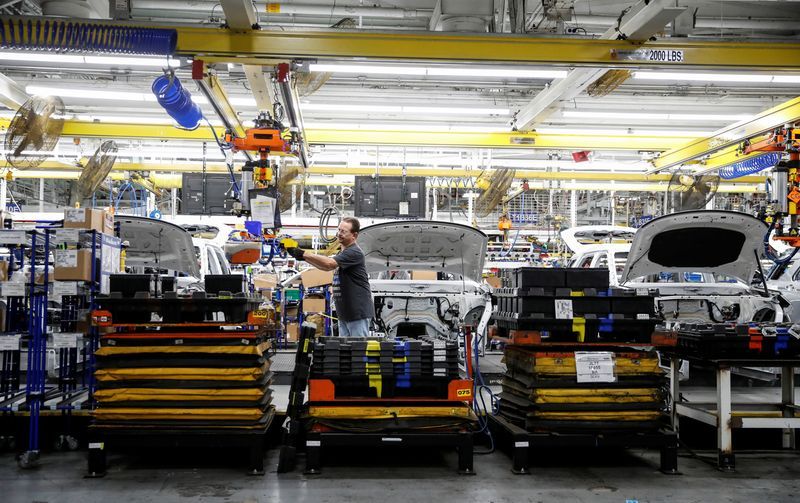 Manufacturing output dipped 0.1% last month after accelerating 0.9% in May, the Federal Reserve said on Thursday.

Economists polled by Reuters had forecast manufacturing output climbing 0.2% in June. Output at factories grew at a 3.7% annualized rate in the second quarter after increasing at a 2.3% pace in the January-March period.

Manufacturing, which accounts for 11.9% of the U.S. economy, is being supported by massive fiscal stimulus, low interest rates and continued strong demand for goods even as spending is shifting back to services. At least 160 million Americans have been fully vaccinated against the COVID-19, boosting spending on travel-related services and dining out among other activities.

The strong demand for goods is straining the supply chain, leaving manufacturers grappling with shortages of raw materials and labor. Production at auto plants declined 6.6% last month. The production cuts have boosted demand for used cars and trucks, the major driver of consumer inflation in recent months.

Motor vehicle and parts production contracted at a 22.5% rate in the second quarter.

Mining was driven by higher oil prices, which are supporting drilling activity. Hot temperatures in large parts of the country fueled demand for utilities.

Industrial production grew at a 5.5% rate in the April-June quarter after advancing at a 3.6% pace in the first quarter.

Officials at the U.S. central bank tend to look at capacity use measures for signals of how much “slack” remains in the economy — how far growth has room to run before it becomes inflationary.

Toyota surpasses General Motors as the bestselling automaker in the US