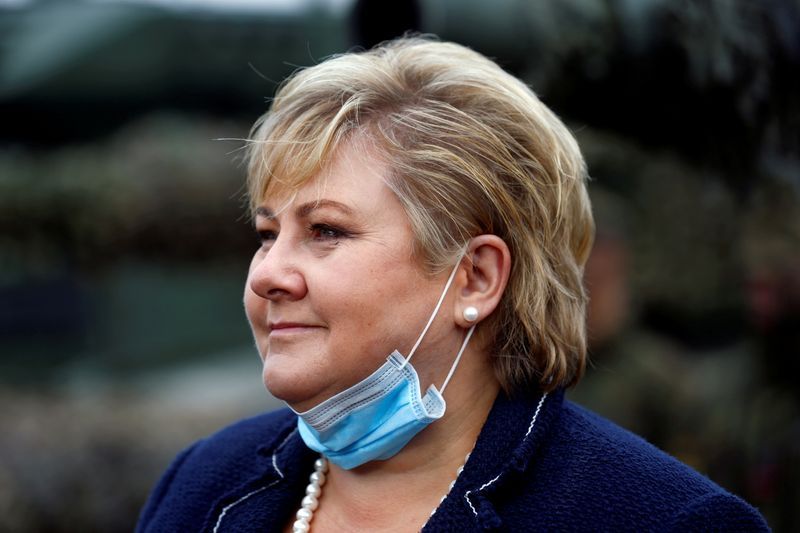 OSLO (Reuters) – Norway’s prime minister Erna Solberg said on Thursday the United States had given assurances it had stopped spying on its allies in 2014, after Oslo launched a protest against the practice.

Norway called in the U.S. ambassador, she said, after a report that the U.S. National Security Agency had used a partnership with Denmark’s foreign intelligence unit to spy on senior officials, including herself.

“I am glad that the Americans clearly expressed that they changed their practice in 2014 when it comes to the surveillance of allies and that they would cooperate with us and others to understand what happened,” Solberg told news agency NTB.

Defence minister Frank Bakke-Jensen said on Twitter his ministry had had a meeting with the U.S. embassy in Oslo “where we made it clear that spying on allies is unacceptable and unnecessary”.

There was no immediate comment from the U.S. embassy.

Solberg said she had also spoken with her Danish counterpart, Mette Frederiksen, about the case on Thursday.

“I reiterated to her that we consider spying on close friends and allies as unacceptable and unnecessary,” she said.

Willow Smith reacts to the backlash after dad Will Smith slapped Chris Rock at...