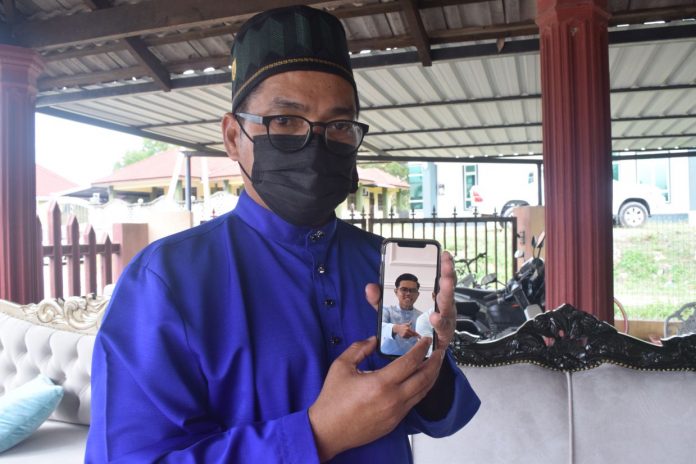 KUALA NERUS (Bernama): Universiti Teknologi Mara (UiTM) student Muhammad Adham Hazim Mohd Rizaini, who died Saturday (July 10) night, is said to have crawled to his parents’ bedroom asking for help before he was rushed to hospital.

His father, Mohd Rizaini Ghazali, 51, said the loss of his second of five children was a complete shock, as Adham Hazim did not suffer from any illness.

“Only a few days ago, he complained of a headache… at about 5am yesterday, Abang Ngah (as Adham Hazim was fondly known among family members) crawled into our room.

“Abang Ngah complained about his splitting headache and asked my wife (Ros Fazilah Salleh, 46) and me to take him to the hospital.

“We had to ask for help from neighbours to rush him to the hospital, ” he said when met by reporters at his residence in Kampung Bukit Berangan, Tepoh, here Sunday (July 11).

Adham Hazim, 21, who was pursuing a diploma in civil engineering at the Civil Engineering Faculty at the UiTM Pahang branch, was confirmed dead at 10.52pm Saturday night while receiving treatment at the Sultanah Nur Zahirah Hospital (HSNZ).

Rizaini said the doctor informed him that the computed tomography scan (CT Scan) showed two ruptured blood vessels in the back and top of Muhammad Adham Hazim’s head, causing bleeding.

He said that his son often slept late to complete assignments and make preparations for the final exam in two weeks’ time.

“Abang Ngah is a person who loves to study, and he would divide his time between his studies and running a part-time online business, ” he said.

Adham Hazim’s remains were laid to rest at the Kampung Bukit Berangan Muslim Cemetery, Tepoh, at 11am Sunday morning. – Bernama

UK’s Johnson to apologise to parliament over lockdown fine

Covid-19 Watch: My son was injected with a Covid-19 vaccine and not air, says...